Good Samaritan helps pig on the loose in Northeast Philadelphia 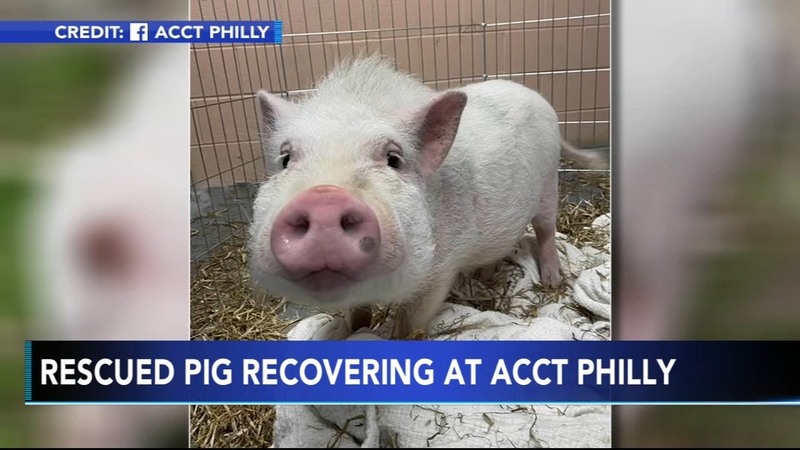 Good Samaritan helps pig on the loose in Northeast Philadelphia

PHILADELPHIA (WPVI) -- A little piggy is safe and sound at ACCT Philly on Wednesday night after being rescued by animal protection officers.

A good Samaritan found him running loose in Northeast Philadelphia with a rope embedded in his body. That person removed the rope and called ACCT for help.

The pig, who's been named Ramen, is being well cared for.

From @ACCTPhilly: A Good Samaritan found him with rope embedded in him 😞 they removed the rope and called us. Officer Don went out and picked him up, and this little piggy won’t be going to market but will be safe and sound until a rescue can take him! pic.twitter.com/KAKgCfUnX2

"Pigs can be great pets if you do a lot of research and are prepared to care for them, but are not legal in the city of Philadelphia," said ACCT Philly.

On Wednesday night, ACCT Philly announced they have a rescue confirmed for Ramen.