Even with home-field advantage throughout the NFC playoffs already secured, the Philadelphia Eagles have one goal remaining.

A victory over the Dallas Cowboys (8-7) on Sunday would give the Eagles (13-2) a franchise-record 14 wins. It's motivation for guys who would rather play than rest .

"We have a chance to do something here that hasn't been done," running back LeGarrette Blount said. "It's a chance we don't want to let slip away."

The Eagles have already lost several important players to injury, including MVP candidate Carson Wentz. They can't afford to lose backup quarterback Nick Foles. But the offense struggled in the last game and Foles could use the reps with his receivers.

Coach Doug Pederson is weighing the importance of protecting players from injury and keeping them sharp.

"These guys have only worked with Nick now for a couple of weeks," he said. "We'll have another week this week, and a chance possibly through the bye to continue to work. We just got to work on keeping it fixed."

The scenario was reversed last season when Dallas visited Philadelphia in Week 17. The Cowboys were heading to the playoffs as the No. 1 seed and chose to rest some players. Dak Prescott played two series and Ezekiel Elliott watched from the sideline. Dallas lost the game, and then lost to Green Bay in the playoffs.

"It would be a lot better going into that down time knowing we're executing our best against a good football team, so there's a lot to play for," Eagles defensive end Chris Long said.

The Cowboys, who were eliminated from the playoff chase last week in a home loss to Seattle, are playing for a second straight winning season. They haven't done that since five in a row from 2005-09.

"We're trying to do exactly what they did last year," Prescott said. "Go take that game away from us and somehow use that as motivation going into next season."

Here's some things to look for when the Cowboys visit the Eagles:

ZEKE'S QUEST: Elliott needs 120 yards rushing to reach 1,000 in only 10 games. The Eagles have the NFL's top-ranked run defense and haven't allowed a 100-yard rusher since Matt Jones ran for 135 yards in Week 6 last year.

"If it happens, it happens," Elliott said. "It's not like you can go out there and force that, but it definitely would be nice."

NATE'S DEBUT: Eagles backup quarterback Nate Sudfeld should throw his first pass against the Cowboys. Sudfeld, a sixth-round pick by Washington in 2016, was inactive for 16 games his rookie season. The Eagles signed him to the practice squad in September and promoted him to the active roster on Nov. 1 after the Colts wanted to sign him.

PLAYING FOR 2018: Prescott and Elliott now know both sides of life in the NFL, Elliott even more so because of the six-game suspension that ended before last week's game. And that ban also has a hand in last year's NFL rushing leader seeing this game as a chance for the dynamic rookie duo from a year ago to have a springboard into 2018.

"That's what this game is, just to solidify we had a winning season this year and just to build some momentum for the offseason going into next year," Elliott said.

"The first part of that is you've got to have a knack for protections, so we feel confident in there, and all of our backs do a great job," Reich said. "But then when it comes to the route running and knowing the spacing and the spot you've got to get to and being able to use that wiggle you have as a runner, I think all the backs are developing there. I think certainly Jay is, and I think we're gaining more and more confidence with him in the pass game." 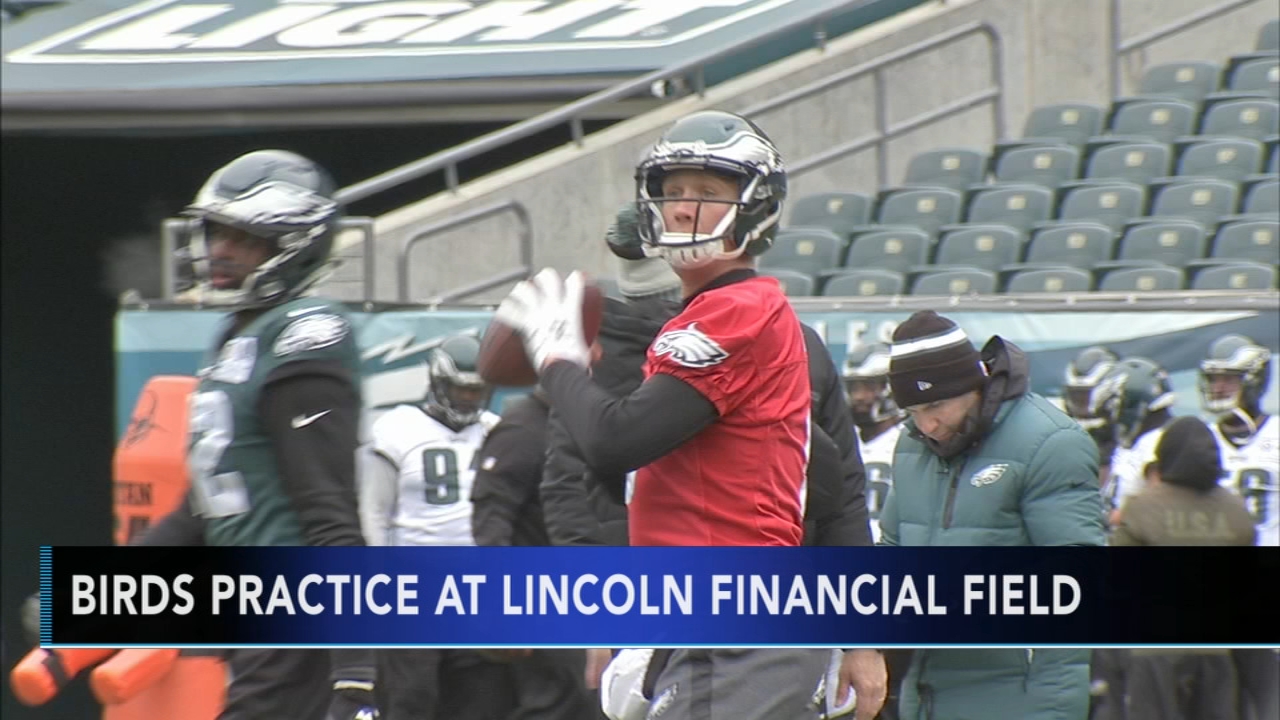 VIDEO: Eagles practice out in the elements at the Linc