Body of Pennsylvania native found on side of Houston road 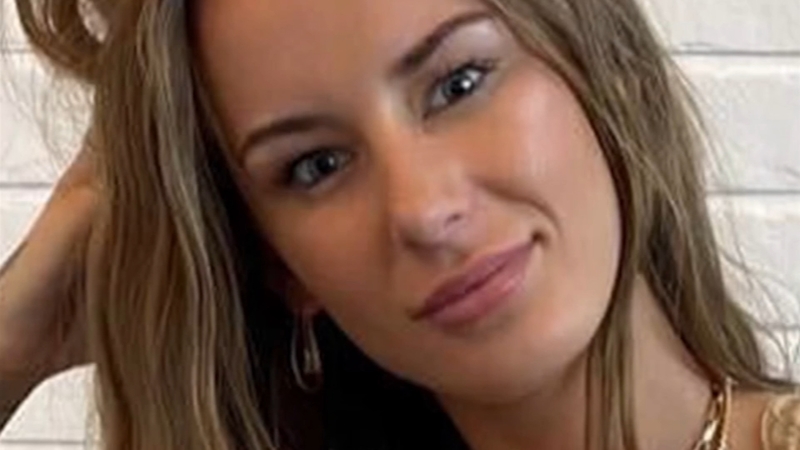 Body on side of road is Instagram influencer from Houston, police say

HOUSTON, Texas (WPVI) -- The body of a Pennsylvania native was found Saturday morning on the side of a Houston road, police confirmed Monday.

According to her family, Alexis Sharkey, 26, was a popular Houston Instagram influencer. She is originally from Pennsylvania.

Authorities said an investigation began Saturday after a City of Houston public works employee reported finding a naked woman's body around 8 a.m. near the Katy Freeway. HPD detectives said the employee was driving when they saw feet in the bushes.

The woman had no visible injuries and investigators believe her body had been there overnight.

Even though Alexis Sharkey built a large following of 23,000 users, her mom said the 26-year-old never boasted about it.

ORIGINAL STORY: Naked woman found dead on side of road in west Houston

In a Facebook post published by Robinault, she wrote, "It's with deeply broken hearts that Mike and I want to let you all know that Lexi's body has been found. We cannot begin to thank you all for your love and the kind words you've extended to our family!"

Hours before Robinault made the announcement, she spoke with KTRK via FaceTime from her home in northwestern Pennsylvania.

She said she had not spoken with Sharkey since just before Thanksgiving. She said the two were discussing Christmas plans on Wednesday.

"(Thanksgiving) was a busy day on her end and our end and so it was just one of those passing, type of 'Love you' things," explained Robinault. "Then Friday...honestly, Friday got away. (It was a) busy day. We never talked, and then she went missing Friday night and I have not seen her or heard from her since."

Since then, no one had heard from Sharkey, according to Robinault.

Robinault said she would try calling Sharkey's phone, but all calls were sent to her voicemail.

Sharkey and her husband moved to Houston in January. Robinault said he called the family to let her know Sharkey went missing. He hadn't heard from her since Friday.

"We were notified on Saturday that she was missing by her husband," she said. "(He) called us up to let us know, and that's when, of course, any parent goes into full panic mode."

The last time Sharkey was in her hometown in Pennsylvania was last Christmas. Sharkey has two sisters who were also trying to contact her.

"She would not necessarily contact me every day," said Robinault. "She's kind of got an independent flare, so I just let her live and we just communicate as needed and definitely do. But she has a close-knit group of friends. They've never known her to disappear and I've never known her to not communicate when we reach out to her ... ever. She always has her phone with her. She always responds."

Sharkey was known as an Instagram influencer, with more than 20,000 followers on the platform.

An initial Facebook post published by Robinault, which features two photos of Sharkey, was shared more than 6,000 times.


Sharkey's cause of death is pending an autopsy by the Harris County Institute of Forensic Sciences.

The case remains under investigation.