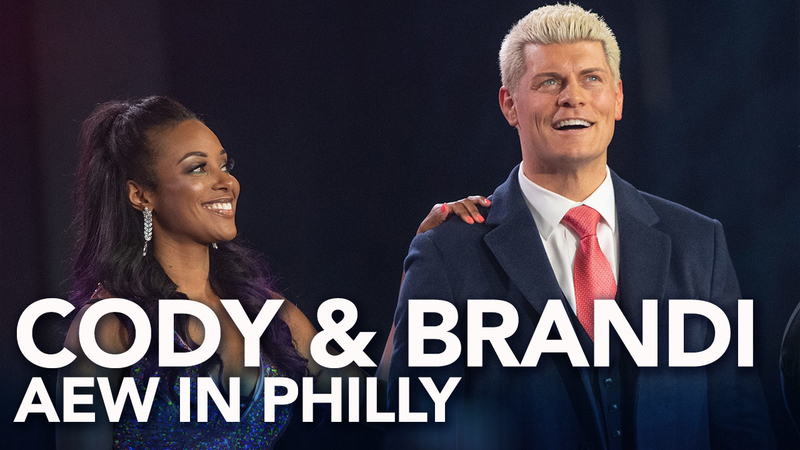 PHILADELPHIA (WPVI) -- It's a new day for the world of professional wrestling.

In 2001, WWE owner Vince McMahon purchased Ted Turner's World Championship Wrestling. WCW had been his biggest competition; it actually earned higher television ratings than McMahon's WWE for over a year in the 1990s.

But WCW's disappearance caused a lack of choices for pro wrestling fans as, for the most part, WWE controlled the wrestling landscape. WWE even turned its two television shows "Raw" and "Smackdown" into different brands to create its own competition.

Over the years, there have been wrestling leagues that have vied to be WWE's competition - Ring of Honor, Impact Wrestling, New Japan Pro Wrestling, and Lucha Underground, for instance. But none have had the opportunity to get as many eyes on their product as WWE does with its television deals. Until now.

Cody Rhodes, a former WWE Intercontinental Champion and son of Hall of Famer the American Dream Dusty Rhodes, left McMahon's global powerhouse in 2016 to "bet on himself." He wrestled in other promotions including New Japan and ROH, where he met popular independent wrestling tag team The Young Bucks.

Together they had an idea to create their own wrestling show, free from the rules of the WWE. It was called "All In." The show sold out in less than 30 minutes. That was the start of what would eventually become All Elite Wrestling.

AEW, now backed by Tony Khan, a co-owner the NFL's Jacksonville Jaguars and a longtime wrestling fan, signed a deal to air its "Dynamite" show Wednesday nights on TNT, the former TV home of WCW.

"AEW Dynamite" will emanate from the Liacouras Center on Temple University's campus in North Philadelphia this Wednesday night. Tickets sold out in less than hour.

In the video above, they talked about how their promotion respects fans' opinions, how the wrestlers are the real "marks," what makes AEW 'real different,' working with Tony Khan - including revealing that it's Tony that times the shows, and how Tony's approach compares with that of Vince McMahon.

And, since Cody is a huge superhero fan, we got his thoughts on Martin Scorsese's recent comments that the Marvel movies are not real cinema.