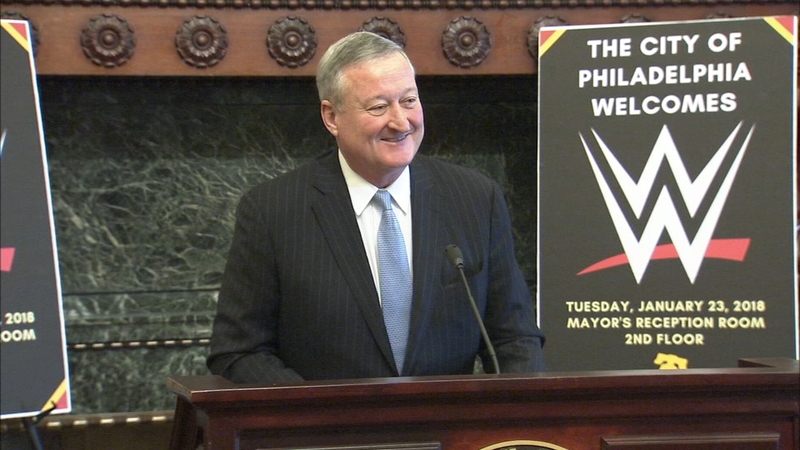 Wrestling fans in Philadelphia might be calling Jim Kenney the 'People's Mayor' should his wish come true.

The Philly mayor on Tuesday announced next week to be WWE Royal Rumble Week in the City of Brotherly Love.

Starting Saturday, the WWE will be holding four consecutive nights of events at the Wells Fargo Center in South Philadelphia, highlighted by the Royal Rumble pay-per-view. Tickets are available at WellsFargoCenterPhilly.com.

The City of Philadelphia expects 60,000 fans to take over the Stadium Complex area with a 1/3 of them coming from outside the region.

During his City Hall press conference, Kenney had a message for WWE's stars Mark Henry and Bayley who were in attendance.

WrestleMania is the Super Bowl of pro wrestling. The annual event generates millions of dollars for the host city, as well as brings thousands of visitors.

Bayley, who along with Mark Henry, stopped by 6abc studios prior to the press conference said she'd be happy to see WrestleMania come to Philly.

"Yeah, why not? I don't make the call or anything, but why not? For me, that would be cool. Yeah, let's do WrestleMania here," Bayley said.

Bayley said she would be thrilled to wrestle on that big stage in front of a Philadelphia crowd, as she plans to do during the first-ever Women's Royal Rumble match. 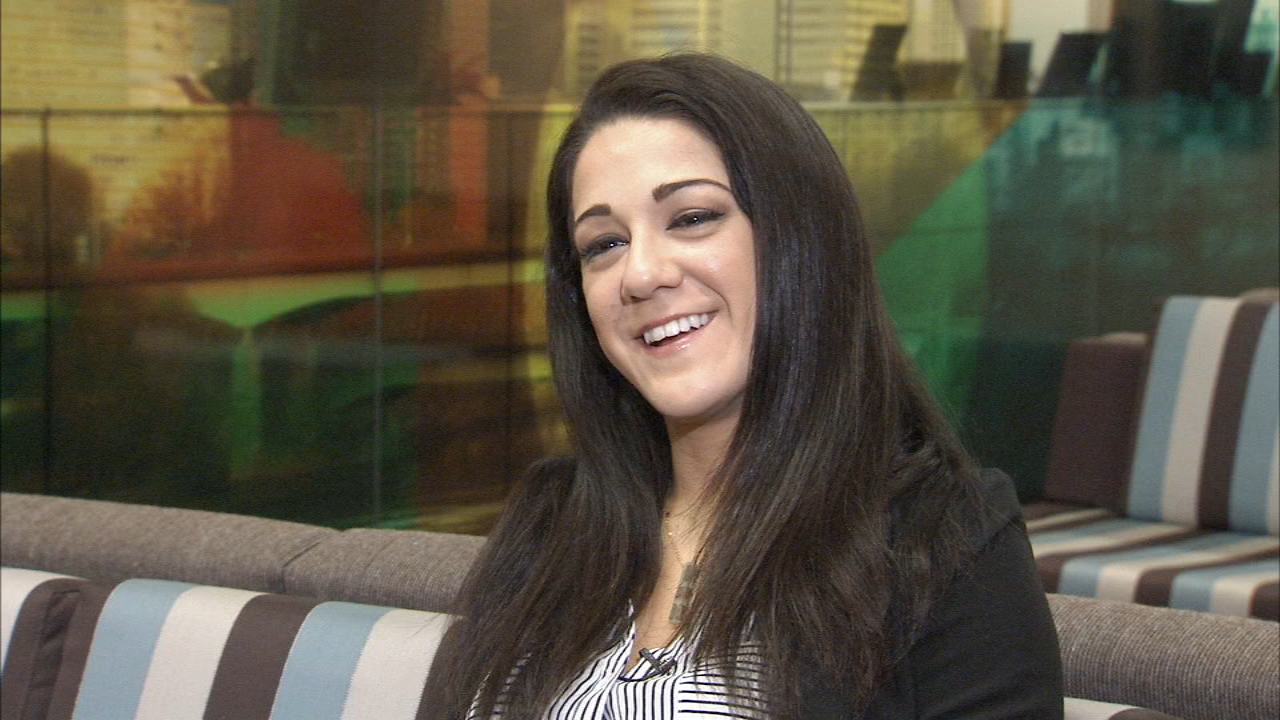 "This is one of the most memorable crowds I've been in front of. They are not afraid to tell you how they feel. If they hate somebody, they will boo you out of the building. If they love you, they'll never let you down. They are seriously one of my favorite crowds to be a part of," Bayley said.

In the past few years, Philly has been rumored to be in the running to host WrestleMania. But Philadelphia has not held a WrestleMania since 1999, before the WWE began holding the event at stadiums every year.

Atlantic City played host to WrestleMania twice in 1988 and 1989.

The City says WWE's history with Philadelphia dates back to 1974 in the Spectrum.

"From the time I was a kid back in the late 60s, early 70s, wrestling was one of my passions that I loved. It was Bruno Sammartino, Chief Jay Strongbow, Professor Toru Tanaka would throw the salt in your eye. The Iron Shiek. I went through that," Kenney recalled.

Kenney said he learned of a new generation of Superstars through his children: Hulk Hogan, Goldberg, The Undertaker, and the Rock.

"I used to love the Rock. Can you smell what the Rock is cooking?" Kenney said, doing his best impersonation.

In closing, Kenney showed his appreciation for the WWE stars, as he looks forward to their return, hopefully at a future WrestleMania.

"We recognize your athleticism. How hard you work and train. What a toll it takes on your body do this for a living. You are truly athletes. I know some people have said some disparaging things, but I think you're truly athletes. Very talented and very committed to what you're doing. And we love the fact that you've chosen Philadelphia," Kenney said.