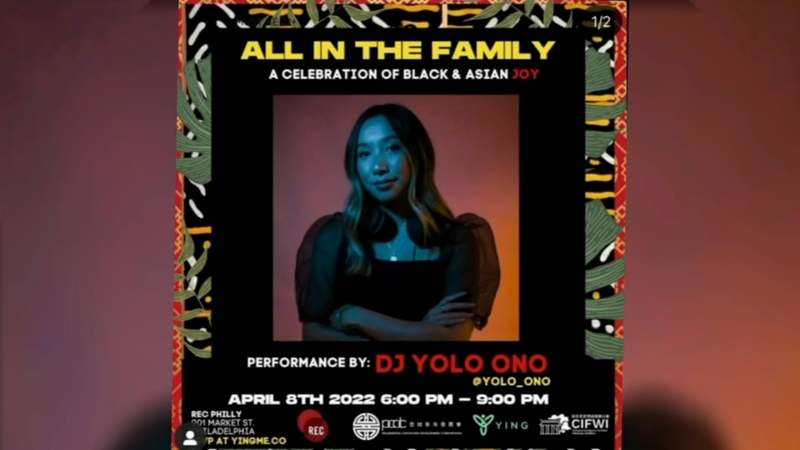 PHILADELPHIA (WPVI) -- There's a long history of both strife and solidarity between the Black and Asian communities - one that includes a history of clashing, but also common ground with both groups being targeted because of their race.

This week, there's a grass roots effort to unite the communities here in Philadelphia to celebrate joy and build bridges.

"We decided to launch an effort and not just talk about it amongst our selves, but to be about it," said event co-organizer, Karla Ballard.

It's being called "All in the Family" and it's branded as the largest Black and Asian solidarity event that the city has seen, bringing together two communities through food, music, art and most importantly, a panel discussion on how to move forward together.

Ballard says one of the catalysts for this effort was the incident that unfolded on SEPTA last fall when three Asian boys were attacked by a group of African American girls.

"It hit home for me very strongly," she said.

She says they've been meeting since the fall with a small group of people from both communities on how to bridge the gap.

Now, they want to include more people.

"For those folks who've never had a personal relationship with people from the other communities, maybe this is the first time. To know what it looks like and feels like. And that is my main hope," said Castillo.

"Black and Asian solidarity is this moment. It was the organizing of this event, being able to organize with women of color," said Jeannine Kayembeoro.

"The black and Asian solidarity that manifested in saying how can we bring our community together. That's the solidarity right there."