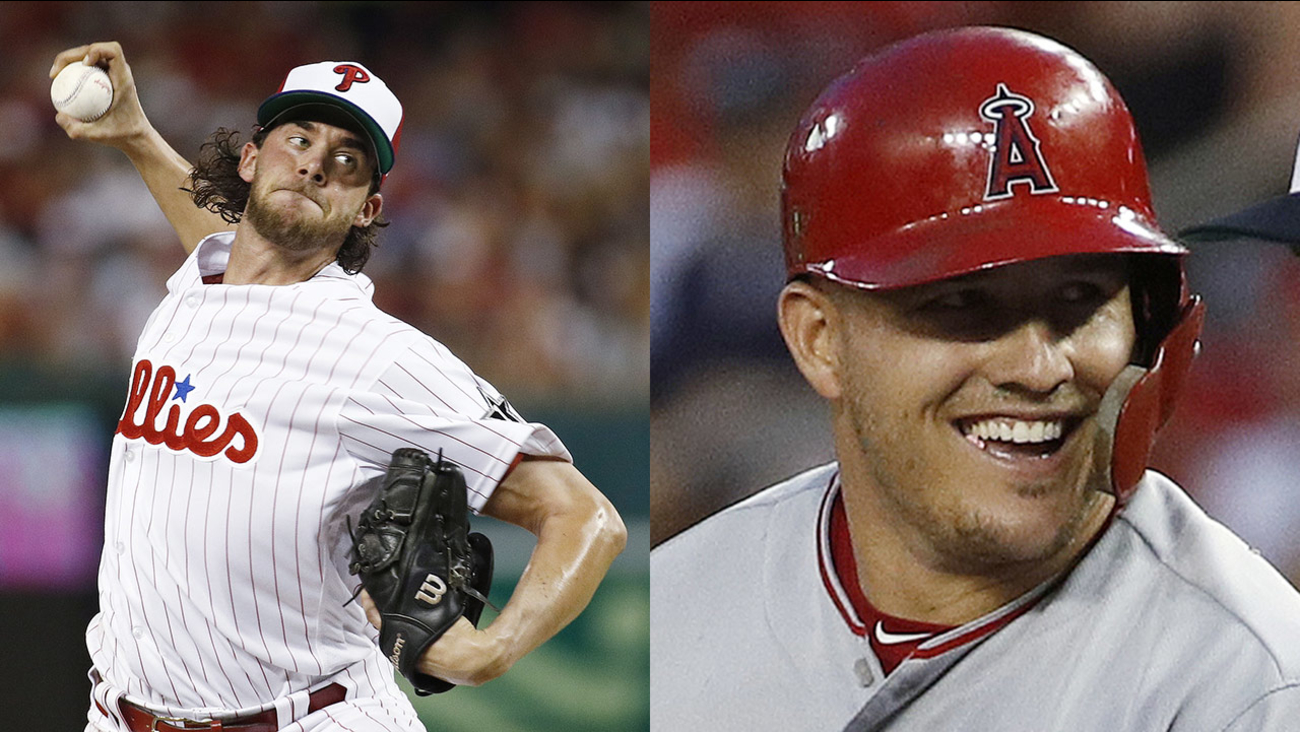 The mid-summer classic was a night to remember for Philadelphia Phillies ace Aaron Nola, South Jersey's Mike Trout, and, even, the Super Bowl Champion Eagles.

There were a record 10 home runs and 25 strikeouts at Tuesday night's All-Star Game in Washington D.C.

Earlier in the night, during the second inning, Trout was mic'ed up while playing on the field. The Millville, New Jersey native spoke of his love for his hometown Super Bowl Champions.

His shoutout did not go unnoticed by the Birds.

"We see you Mike Trout," the team tweeted.

An inning later, Trout homered to give the AL a lead in the top of the third inning.

The 2-time #AllStarGame MVP with a tater of his own. pic.twitter.com/PsMg7cYPkc