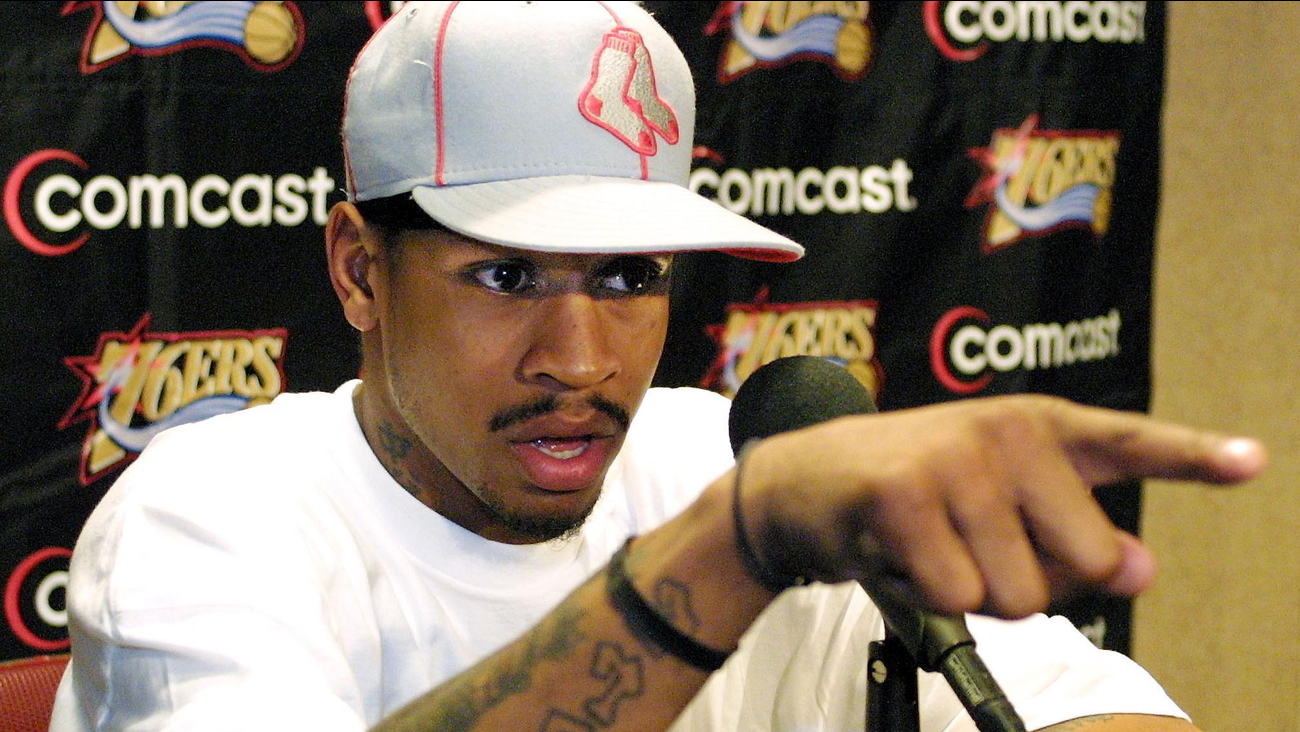 PHILADELPHIA -- Eighteen years ago, Allen Iverson sat in front of the media covering his Philadelphia 76ers and said the word "practice" 22 times.

The now-legendary rant encapsulated Iverson for all that he was -- funny, proud, indignant, exasperating, misunderstood.

It's been 18 years since Allen Iverson talked to us about practice. pic.twitter.com/xCbG7cPMEv

But like many things associated with Iverson, the real story behind his words is darker and more complicated than is often remembered.

The 2001-2002 season was an across-the-board disappointment for the 76ers. One year after Iverson won a scoring title and willed Philadelphia within three wins of a championship, the Sixers barely finished above .500 and were knocked out of the first round of the playoffs by the Celtics.

The contentious relationship between Iverson and Sixers head coach Larry Brown bubbled over repeatedly throughout the season, and four days after their playoff exit, the situation between the two again came to a head when Iverson was late to a meeting.

As chronicled in "Not A Game," a 2015 Iverson biography by Kent Babb, the player and his coach had a shouting match outside of the team facility that only abated when Brown told Iverson he wasn't going to trade him -- that the two would remain in Philadelphia for at least another year.

It was exactly what Iverson wanted to hear, and he agreed to a news conference that evening to confirm the story to the team's beat reporters in a sort of exit interview.

But when he returned a few hours later, something was off. In "Not A Game," Babb writes that Brown and others believed Iverson was drunk, a claim Iverson firmly denies.

"I assume he went and fooled around somewhere," Brown said, tipping his hand upward like a bottle.

Instead of getting the opportunity to announce that everything was all right, that he and Brown were staying to make another title run, Iverson found himself on the defensive as journalists questioned his dedication to practice -- one of Brown's frequent and public gripes about his star player.

His words were electric. Babb writes:

Some were amused, and others watched the trainwreck unfold -- knowing from experience that Iverson was drunk. "He was lit," said [Philadelphia Daily News' John] Smallwood, who attended the conference. "If he had been sober, he would have been able to get himself out of that. He never would've gone down that path. Maybe you had to have been around him all the time to know the difference, but we all knew."

The other part few remember from the practice rant is the raw and lingering wound Iverson still suffered from the death of his best friend. Rahsaan Langeford was shot and killed seven months earlier, an event with which Iverson struggled to cope. All throughout the '01-'02 season, Langeford's death hung over Iverson, and just days before his interview, the murder trial for the man accused of killing Langeford began.

The 2014 documentary "Iverson" explores this dimension.

"Nobody looks at the whole comment Allen made," Scoop Jackson says in the film. "He was talking about his boy dying ... [The media] would not play that full track."

In truth, minutes after he jokes about practice, Iverson becomes more serious and vulnerable.

"I'm upset for one reason: 'Cause I'm in here. I lost. I lost my best friend. I lost him, and I lost this year. Everything is just going downhill for me, as far as just that. You know, as far as my life. And then I'm dealing with this. ... My best friend is dead. Dead. And we lost. And this is what I have to go through for the rest of the summer until the season is all over again."

As time goes by, the lasting memory from that day will be Iverson's charming incredulity. But, as has always been the case with Iverson, there are more sides to the story.

Here is ESPN's transcript of this press conference: