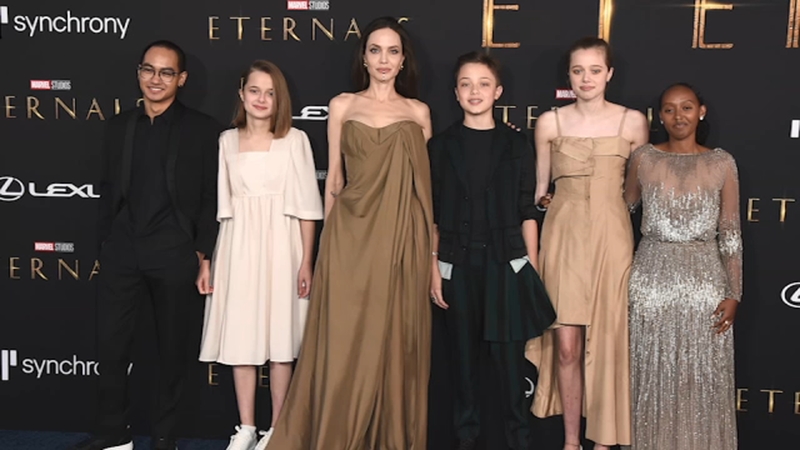 HOLLYWOOD -- The latest Marvel movie features several characters you may not know -- yet!

"Eternals" follows a group of heroes who had protected earth since the dawn of time. They reunite to try and save humanity once again after some creepy creatures, long thought gone, mysteriously reappear.

The film, from Oscar-winning Director Chloe Zhao, boast a large and diverse cast to help tell one big story.

Angelina Jolie, who plays "Thena" in the film, strutted the red carpet Monday night with her five children. The 46-year-old actress said diversity in the film's characters drew her to the movie.

"I felt the representation that would be brought forward in this film was really important. And I was very excited to be a part of this family and I wanted this family to be understood globally as a team that worked together and love each other. And so, it meant a lot to me," Jolie said.

"It's going to be completely new for people because most people haven't read those books, so I don't think anybody's ready because this movie has a lot of stuff that's really going to surprise people," said Kumail Nanjiani.

And for one of the film stars, this is all an eye-opening experience.

"It's a big deal. This is actually my first movie premiere so it's like my wedding day!" Lauren Radloff said through a sign language interpreter.