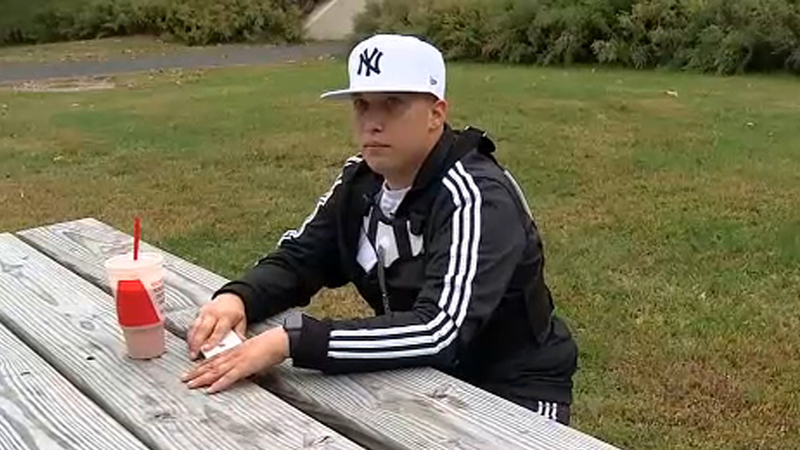 MIDDLETOWN, New Jersey -- A New Jersey man and his friend were rescued after a death-defying tumble down a mountainside -- all thanks to his Apple Watch.

It was dark and late when 28-year-old James Prudenciano and his friend were lost in the woods alongside the cliffs of Hartshorne Woods Park in Middletown.

Trying to make their way out, they fell over a ledge.

"We slid down to a dropoff. That was probably over 100 feet. I grabbed onto something and we locked up. My foot got jammed underneath a stump," he said.

Two days before the hike, Prudenciano bought an Apple Watch. He was playing around with its settings and turned on a feature called "Fall Detection," which alerts emergency contacts and calls 911 when it detects that its user has fallen.

"I just remember hearing, '911, what's your emergency?' and my Apple Watch started talking to me," he said.

The watch also alerted his mom and sister, who had no clue what the message meant, but his mom decided to follow the location given in the text. When she reached the park, rescuers were already saving her son and his hiking companion.