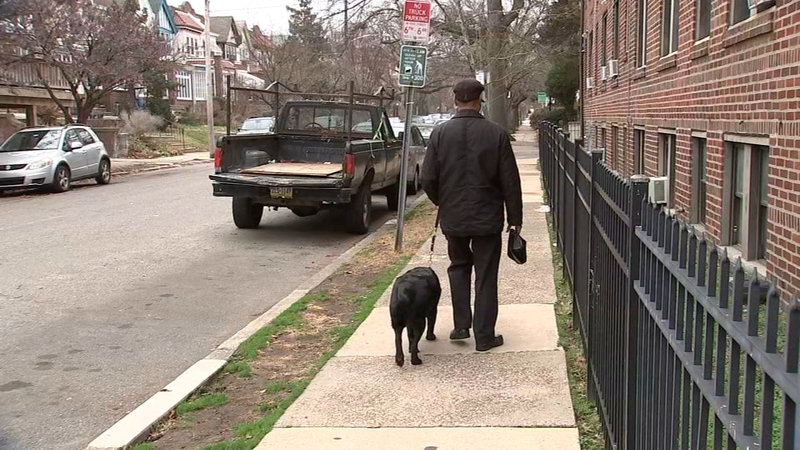 PHILADELPHIA (WPVI) -- A dog was shot during an armed robbery early Tuesday in West Philadelphia.

Police said the incident happened just before 2 a.m., near the intersection of 48th and Osage streets.

A 25-year-old man was walking his dog when two men approached him, one armed with a gun, police said.

"It's outrageous," said longtime resident Ken Hoke. "It's quiet most of the time, but things happen. You never know. Sometimes you can get lulled thinking into yes, this is a safe place, and generally it is, but every so often bad things happen."

Investigators told 6abc that the suspects stole a phone and shot the dog.

"That's crazy. I love dogs. I love animals, and I think that's cruel," said Mike Jackson, who lives nearby.

The two suspects got into a gray Honda and left the scene, police said.

"This is a good, peaceful neighborhood, you know what I mean. None of it goes on around here. But a dog, that's crazy," Jackson said.