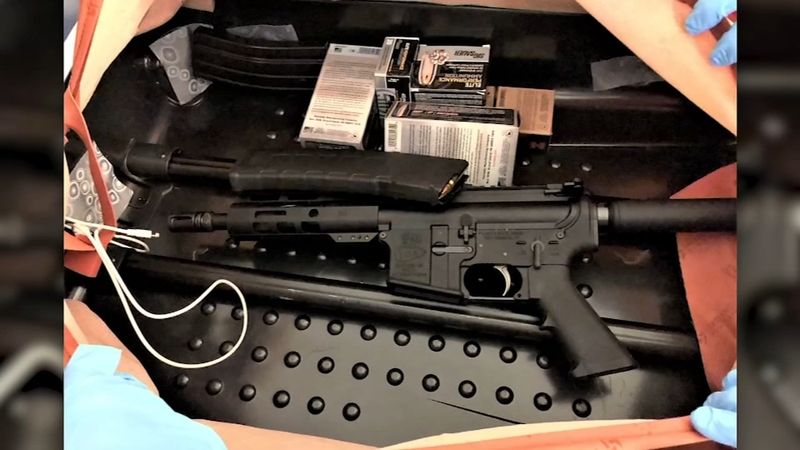 The officers were screening luggage on Monday when they spotted the weapon and bullets hidden in the lining of the suitcase.

"This was an incredibly good catch on the part of our officers because the traveler attempted to evade detection by concealing the items beneath the lining of his suitcase," Carter said.

Police tracked down the East Orange resident who checked the bag and his traveling companion at their departure gate, where they were arrested. Their names have not been released.