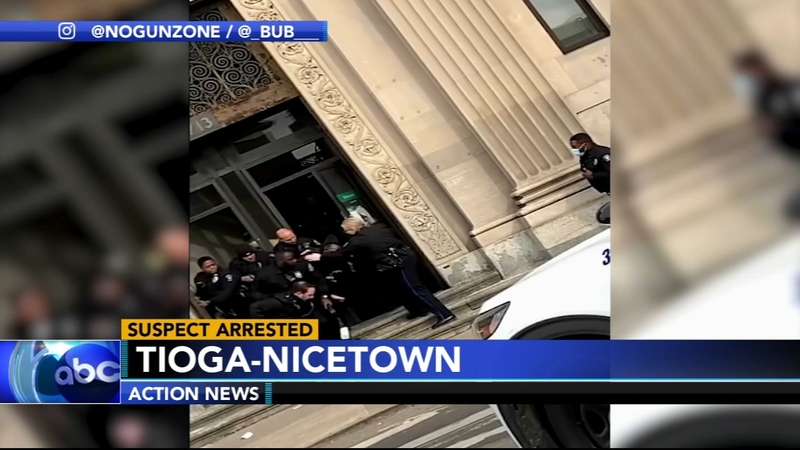 The incident happened just before 3:30 p.m. at a Citizens Bank on the 3700 block of Germantown Avenue.

Police say a man wearing sunglasses and dressed in all black discharged his weapon one time in the vestibule.

As soon as the suspect walked out the door, the police moved in to make the arrest.

Cash could be seen dropping from a bag the suspect was holding.

The suspect was apprehended and the weapon was recovered.