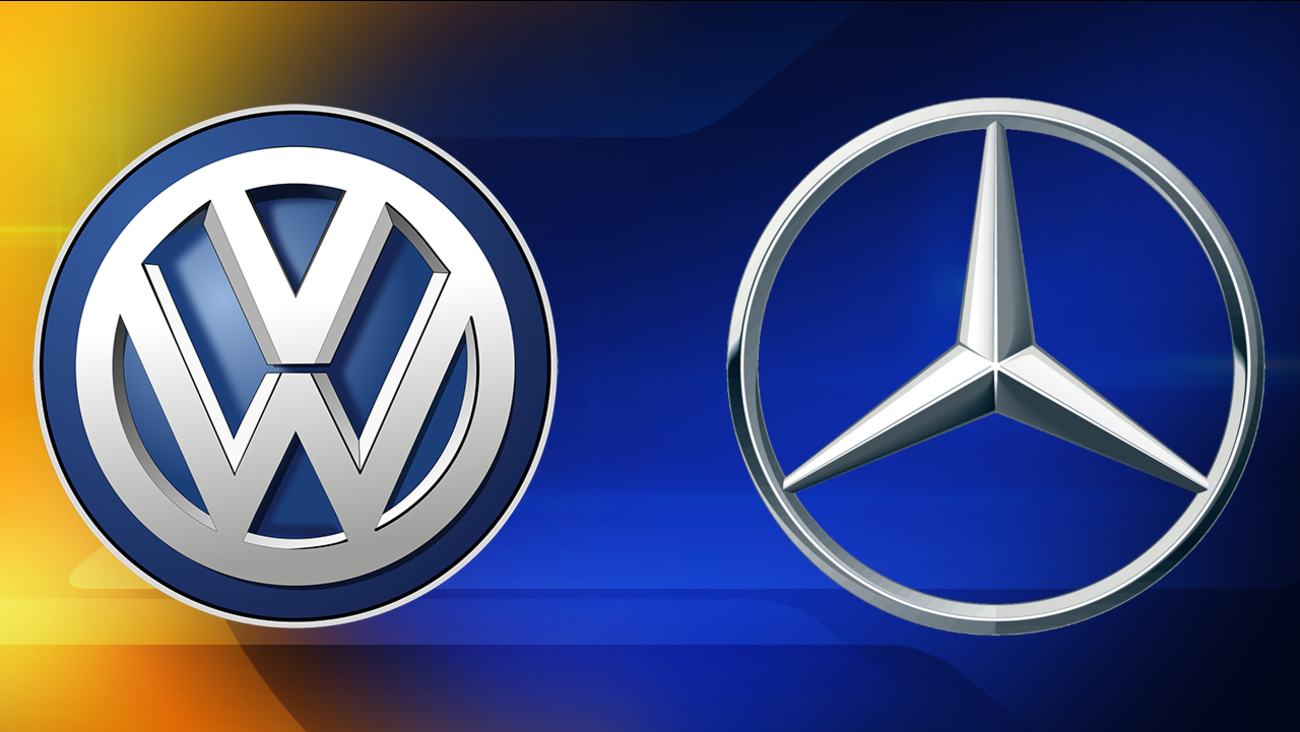 DETROIT -- Car manufacturers Volkswagen and Mercedes have both announced recalls.

The VW recall affects 92,000 cars and includes the Beetle, Golf, Jetta and Passat models from 2015 and 2016. The cars have 1.8-liter and 2-liter turbocharged four-cylinder gasoline engines.

The German automaker says a part in the camshaft can shear off, causing loss of vacuum in the power brakes. That can lengthen stopping distance and possibly cause a crash. The engines also will go into a reduced power mode to avoid further damage.

Mercedes is recalling more than 126,000 cars and SUVs in the U.S. to fix a problem that can cause the air bags to inflate without a crash.

Mercedes says the air bag control unit can corrode and malfunction due to a manufacturing error. That can make the air bags deploy without warning, or they might not inflate in a crash.

The company reported three unintended deployments in the U.S. and three in other countries. It was unclear if anyone was hurt.
Related topics:
automotiveauto recallvolkswagenauto newsu.s. & world
Copyright © 2021 by The Associated Press. All Rights Reserved.
More Videos
From CNN Newsource affiliates
TOP STORIES