Police want the public to look out for this suspect, believed to be around 25 to 35 years old.
WPVI
By Katie Katro and 6abc Digital Staff 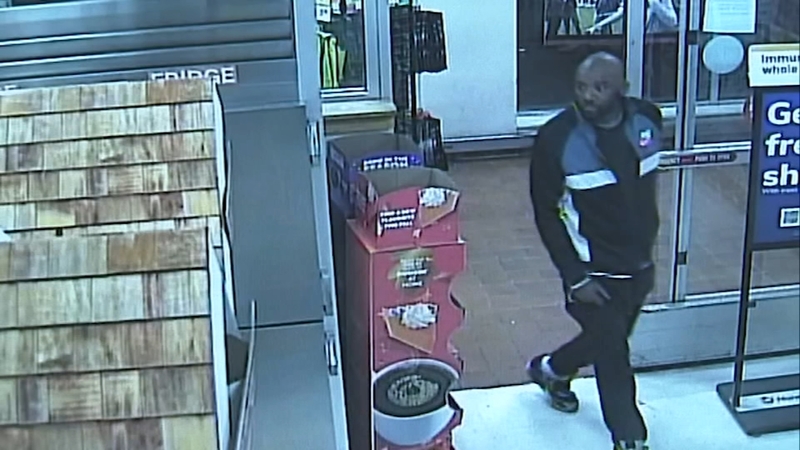 Man wanted for smash and grab at shopping center in Montco

He said a man was caught on surveillance video shattering the window of the Acme at the Bala Cynwyd Shopping Center.

"Somebody was throwing a rock through the window. Why would they do that?" asked Nita Scott, from West Philadelphia.

Baitinger says it's a crime of opportunity. While the man may have thought the store was closed, he realized a couple of seconds into stepping in that that employees were inside stocking shelves at that hour.

"When he encounters the people in the Acme, he sees them, then he gets out of there as quick as possible," said Baitinger.

Police say he got away on a bike but didn't make it far before seeing his next opportunity in the same shopping center a few storefronts down at a Foot Locker.

"At that hour, what are you doing out riding a bike? Clearly, he's looking for an opportunity to commit a crime," said Baitinger.

Police want the public to look out for this suspect, believed to be around 25 to 35 years old.

"This is a good neighborhood, and I hope they catch the person so we can have protection," said Michele Gladden, from South Philadelphia. "It's sad, 'Yep, I think that's sad, things got to get better,'" said Joanne Steward from West Oak Lane.

Police think the bike the man got away on could be green in color.

Anyone with information on the individual is asked to contact Detective Black at 610-649-1000.