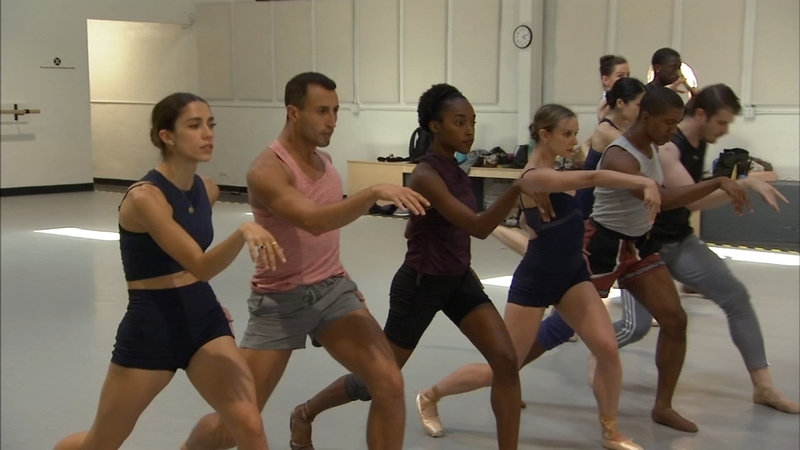 PHILADELPHIA (WPVI) -- BalletX is kicking off its Spring Series at the Mann Center, with several world premieres and big names from the world of contemporary ballet.

"We are so thrilled to be the resident Dance Company of the Mann Center for the Performing Arts," says Christine Cox, Artistic and Executive Director for BalletX.

Choreographer Jennifer Archibald will stage the world premiere of a work set to 'house music.'

"It's definitely a piece that has a lot of energy," says Archibald.

Archibald has an extensive background in Ballet and house dancing.

"When I moved from Toronto to New York City, I would go to school at the Ailey school," says Archibald, "and then I had this whole other life of being in house clubs."

"When you watch ballet, sometimes it becomes so structured, and sometimes it can be stifling," says Archibald, "I just wanted to bring more life to it."

Dancers explore an array of edgy movements and styles to the tunes of top DJs.

It's a passion piece of Archibald who says the uplifting music is just what she needed.

"I just felt like coming through the epidemic, I wanted to do something that made me happy and took me out of the lows. It's like this element of bliss. It's also being a part of the community," says Archibald.

The performance is part of the Mann's Picnic Series.

"It's like going to a family barbecue, but with music and dance," says Archibald.