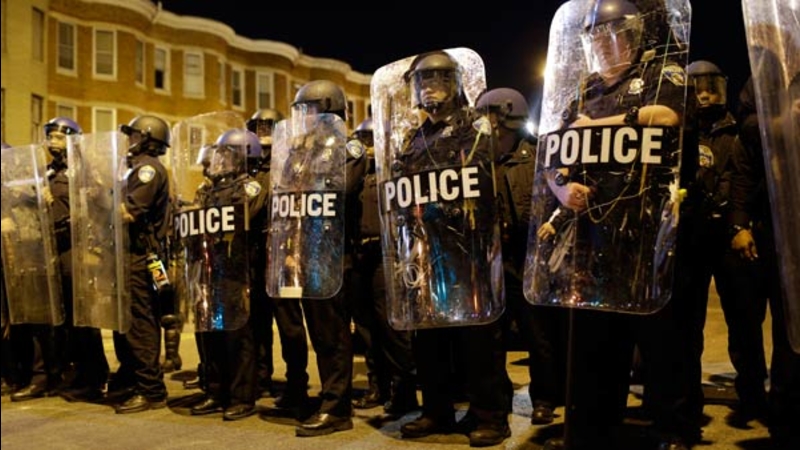 HARRISBURG, Pa. -- The Pennsylvania State Police is sending 300 troopers and other personnel to help authorities in Baltimore as they try to maintain peace and prevent a repeat of looting and arson that erupted earlier this week.

The approximately 6,000-employee agency said Wednesday that Maryland had accepted its offer of resources. The deployment is expected to begin later this week. Maryland will reimburse Pennsylvania's costs.

"Our troopers and emergency personnel are sources of pride for our commonwealth," Governor Tom Wolf said in a statement. "Our thoughts will be with them and their families as they help our neighbors in Baltimore during this difficult time. We hope that with their assistance, calm will prevail and the Baltimore community can begin to move forward."

Pennsylvania state troopers have helped other states before, including New Jersey with Hurricane Sandy cleanup in 2012.

Acting State Police Commissioner Marcus Brown says personnel from stations across Pennsylvania will go. Before he was tapped by Gov. Tom Wolf to lead the state police, Brown was the No. 2 commander in Baltimore's police force and commanded the Maryland State Police until January.