BENSALEM, Pa. (WPVI) -- Police have arrested a motorist who they say crashed into a Bensalem home then fled the scene.

Matthew Markle is charged with Criminal Mischief, Reckless Endangerment, Leaving the Scene of an Accident, Reckless and Careless Driving and other offenses.

Police say Markle was going 104 mph in a 35 mph zone when his car hit an embankment on Knights Road, went airborne and sailed through a neighbor's yard before crashing into a home in the 2200 block of Monroe Avenue.

It happened on April 10th.

The homeowner told Action News the car narrowly missed his wife, who had just been released from the hospital and was sleeping in a hospital bed at the time of the crash. 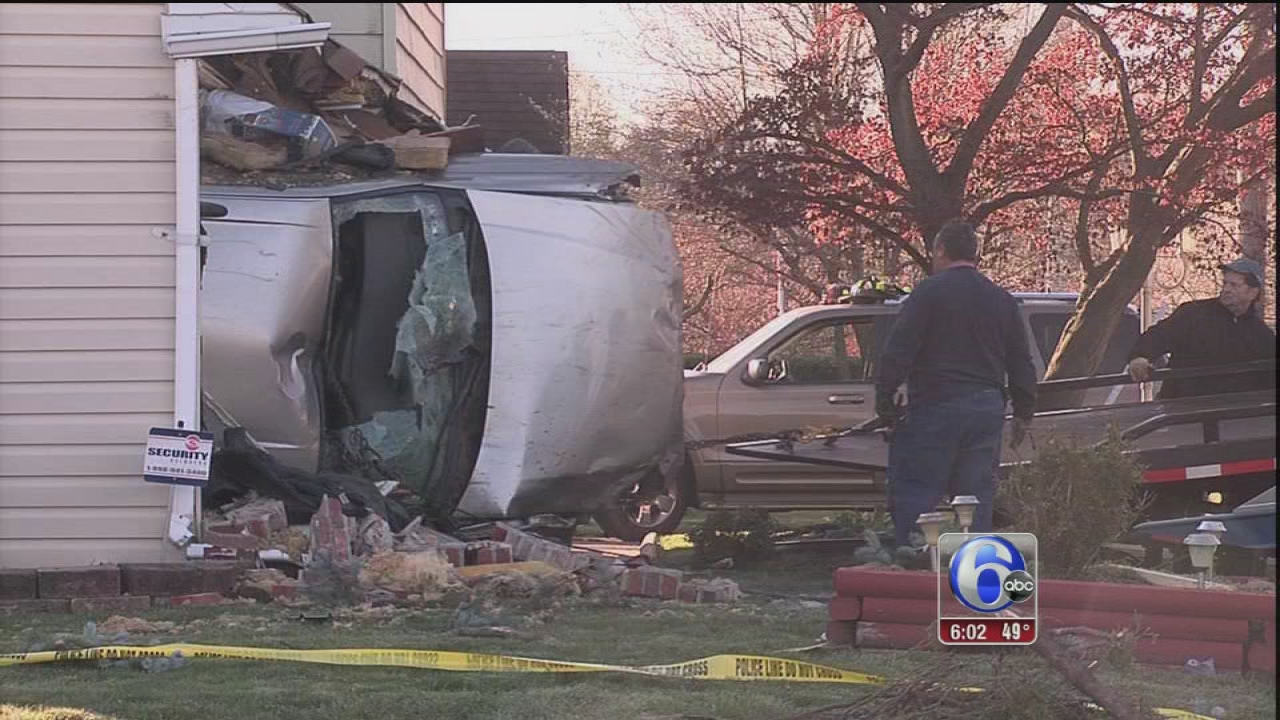