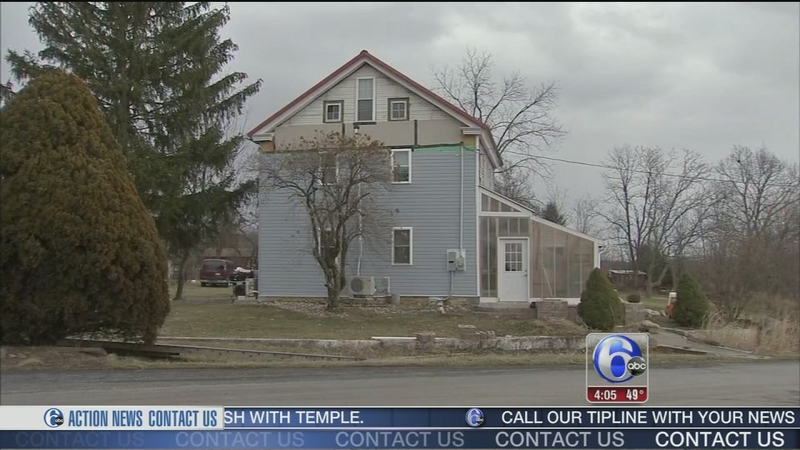 UPPER TULPEHOCKEN TWP., Pa. (WPVI) -- A Berks County couple has been charged in the death of their 2-year-old daughter who died of pneumonia, according to authorities.

Authorities were notified of the girl's death by a funeral home that was contacted by Jonathan and Grace Foster of Bethel, Pennsylvania who wanted to plan the burial of their 2-year-old daughter Ella Grace.

Police responded to the Foster family home on the unit block of Talbert Road in Upper Tulpehocken Township n November 8, 2016, where they found the toddler's lifeless body on a couch.

The Fosters told investigators that Ella Grace was sick the night before and that her breathing was labored. The following morning she stopped breathing altogether.

According to authorities, the parents indicated to police that they do not believe in medications and doctors, and that the toddler's death, as a result, was the will of God.
The Fosters, who have six other children, from a few months old to age 10, are members of the nondenominational Faith Tabernacle Church.

The Fosters now face charges including involuntary manslaughter and endangering the welfare of a child.

Berks County District Attorney John Adams says this is one of those crimes that defies explanation.

"It's hard for many us including myself to understand. I'm old enough now to have two grandchildren who are 1 and 2. To me, it's incomprehensible," Adams said.

The Fosters have been released on unsecured bail.

The family is monitored by the Division of Children and Youth Services.