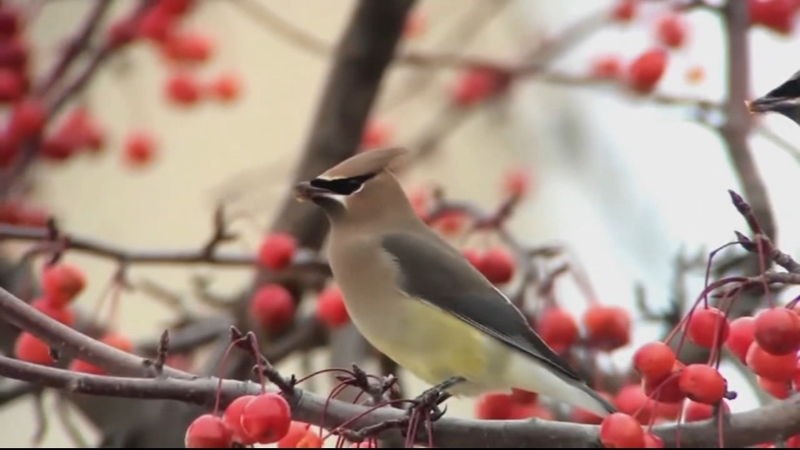 PHILADELPHIA (WPVI) -- Philadelphia has always been a popular tourist stop for people, but it's also flyover territory for tens of millions of birds each year.

The City of Brotherly Love is located along the Atlantic Flyway, a major migratory path in eastern North America.

Environmental groups have partnered with city and building leaders in Philadelphia to announce a voluntary program to protect migrating birds.

"The city has an important responsibility to protect these birds," said Keith Russell of Audubon Mid-Atlantic.

The program is called Lights Out Philly, and it involves turning off or lowering as many external and internal building lights as possible during migration seasons when birds pass through the city by the millions.

Russell explained that birds fly into buildings daily, especially during migration season. They get confused by the bright, artificial lights and glass.

Back in October, 6abc spoke with Russell after more than 1,000 birds were killed in one day in Center City. That staggering number was the catalyst for change.

"The problem was clear, and the environmental and conservation communities decided to combine forces to figure out a solution," said Scott Cooper, president and CEO of the Academy of Natural Sciences.

The groups partnered with the city and building leaders to form a coalition called Bird Safe Philly.

On Thursday, Bird Safe Philly announced that Philadelphia will join 33 other cities in the initiative.

In Lights Out Philly, property managers and tenants are asked to turn off lights at night during spring and fall migrations, in buildings tall and small.

"The science tells us that the vast majority of birds that die from collisions are dying on private homes and low rises, so we know that all of these types of buildings need to participate," Russell stated.