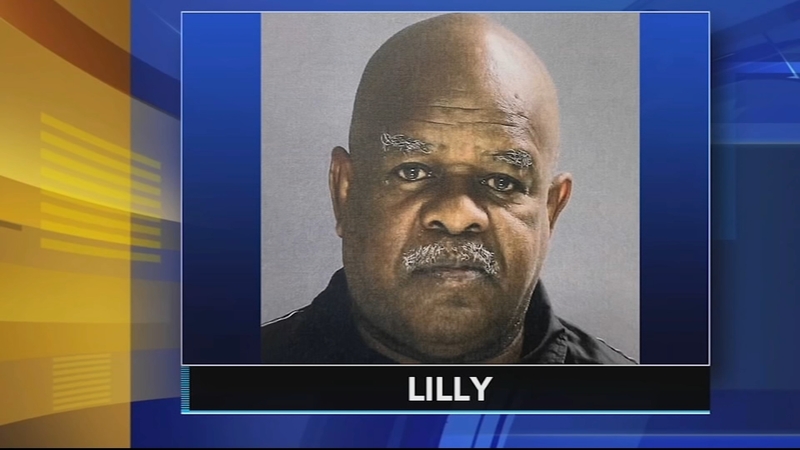 BOOTHWYN, Pennsylvania (WPVI) -- A local pastor has been arrested on charges that he sexually abused a minor.

Authorities allege that Lilly, a pastor at the Christian Church of Chester, met the victim at a supermarket in 2017 when she was 16 years old.

Over the next year, investigators say Lilly groomed the victim for a sexual relationship, which then began when she was 17.

"In Delaware County, we have zero tolerance for anyone who wants to sexually abuse or exploit our children," said Stollsteimer. "We will hunt you down and we will bring you to justice."

According to the criminal complaint, Lilly filmed the child during sexual acts and sent and received sexual videos and photos.

Police said the sexual encounters occurred in the park, hotels and a recreation vehicle that he rented.

"That's shocking," said neighbors Jack and Gail Grosso. "He seemed like a very nice person that you would say hello to all the time. It just goes to show you don't know, but I'm hoping it's not true."

Lilly was a pastor at the Christian Church of Chester, formerly known as the White Rock Christian Church, since 1993. Off-camera, a church member said Lilly suddenly resigned about a month ago.

Neighbors said that's around the same time they saw police at his house, where officers say they discovered pornographic videos and photos with the minor.

"They were there for like two to three hours and then they left," said Gail Grosso. "And we had no idea, we didn't want to dare ask them because we didn't know what was going on - but we were shocked."

Authorities say Lilly gave the victim approximately $2,000 in cash and gifts over the course of their relationship.

Those gifts are what ultimately led to the charges.

"The defendant, Lilly, came to believe that his giving of gifts might be seen - if the affair were known - to be paying for sex," Stollsteimer said. "So what he did was, at the advice of his counsel, he came to the Upper Chichester Police Department and made a statement giving details about the sexual encounters he'd had with the juvenile victim."

"While we understand that the District Attorney's office and the detectives involved have a duty to investigate such matters, we do not believe that their conclusions are accurate and we look forward to testing the evidence in a courtroom," said Lilly's attorney, Arik T. Benari.

Lilly's church did not return our request for comment.