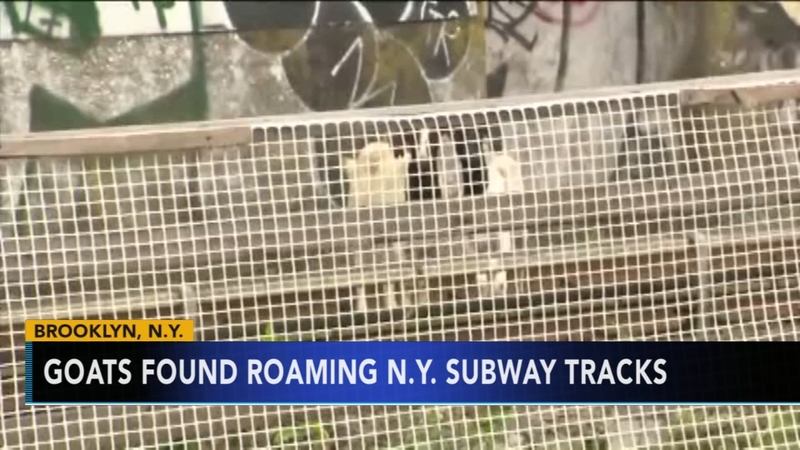 A train operator on Monday alerted headquarters about "two very baaaaad boys" along the N Line in Brooklyn. It wasn't clear where the goats came from.

Police arrived on the scene, tranquilized the male goats, and took them to an animal shelter.

"We've seen cats and dogs but never goats," said Captain Jonathan Bobin, of Transit District 34. "This is a new one here...They were nervous and kept running from our personnel, but we were able to get them and take them off the tracks safely."

That's when Stewart stepped in to help. In a video , Stewart is shown helping load the goats into a trailer to Farm Sanctuary. The goats have since been named Billy and Willy.

The comedian and his wife often assist transporting animals found in the city to the shelter in Watkins Glen, New York.

They have partnered with the organization to open a farm and education center in New Jersey.

The goats have since been named Billy and Willy.

Comedian Jon Stewart rescued the goats from Animal Care and Control in Brooklyn later Monday afternoon and transported them to Farm Sanctuary in Watkins Glen, in upstate New York. The goats have since been named Billy and Willy.