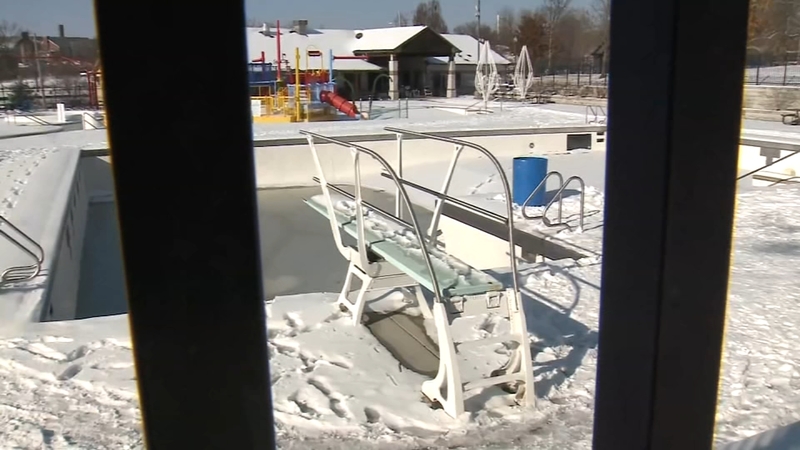 FERGUSON, Missouri (WPVI) -- A 10-year-old boy in Missouri has died after being pulled from an icy pool on Tuesday.

Police said the boy and at least one other child climbed over a six-foot high fence into the pool area of a park in Ferguson.

"Everybody was rushing into the pool area," said neighbor, Aquella Moralez.

Moralez lives across the street from where first responders flocked Tuesday afternoon to pull the boy from the icy pool water.

He was in the water for about 20 minutes.

"That was very scary, I couldn't imagine if it was my son. But like I said all we can really do is stay prayed up, really. Just pray out here, but these kids have got to know the dangers. They have to understand danger," Moralez told KMOV-TV.

"To lose a child this time of year - holidays are supposed to be celebrating family and things. We want to send our condolences out to the family," he said.

Officers are still being praised for their heroic actions and it was a group effort for all departments involved.

The gate was locked Tuesday when someone called 911 about a boy in the frigid water.

Ferguson officer Jamez Knighten hopped the fence and got into the water first. Calverton Park officer Chris Robertson used bolt cutters to open the fence and jump in.

"Officer Knighten who went into the water first to try to help the child and then all the other officers that came in to help - Officer Robertson from Calverton Park going into the water to help out. We had Officer Hank, Officer Kennedy, Officer McKinney up on the surface trying to get the child out, g getting the child out and starting CPR. Then we had to rescue the officers who were in the water because they couldn't get out," said Chief Armstrong.

After being in that water, the officers were treated at a hospital for hypothermia and released. They are now home resting.