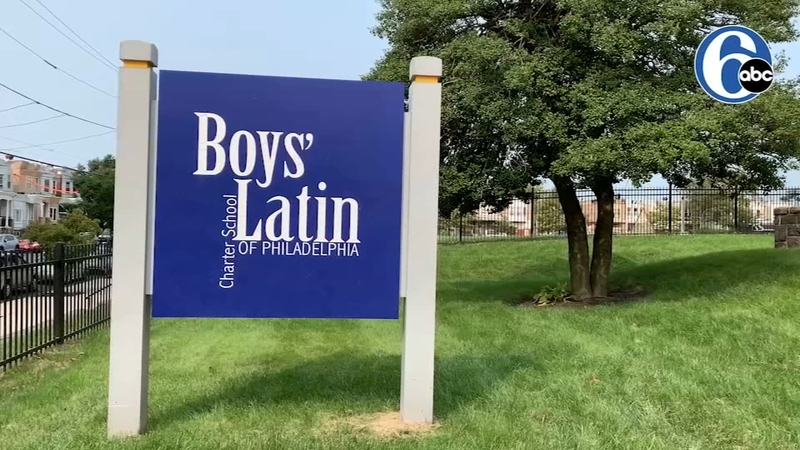 PHILADELPHIA (WPVI) -- According to recent statistics, only two percent of teachers in American public schools are Black men. In Philadelphia, only four percent of Black men are educators.

"We started this program because we know about the dearth of Black male teachers across the country," said David Hardy, co-founder and acting CEO of Boys' Latin Charter School.

Hardy says even in 2007, this lack of Black male educators raised concerns.

"When we started this school 13 years ago, parents were asking, were we going to have a substantial amount of Black male teachers," added Hardy.

The Boys' Latin Teaching Fellowship is a program created to attract and prepare teaching candidates who will address the sharp racial, socio-economic, and gender disparities in public education in Philadelphia.

The inaugural class of the Boys' Latin Teaching Fellowship includes three teaching residents and seven teaching apprentices, eight of whom are alumni of the school.

The residents began their certification work at Drexel University in June and will lead Boys' Latin in math classrooms this school year.

While Boys' Latin serves 100% males and has a 99% African American student population, Hardy believes it's important that students have access to high-quality teachers, who look like them and share their lived experiences.

"We had career day since the very first year of the school," said Hardy. "And we never had one teacher at career day."

Hardy says the school has had students complete college and go on to do amazing things.

That includes two law school students, an alum who has a masters in social work and who works for the middle school, and an alum who has recently earned a Ph.D. in pharmacy.

But Hardy says he would still like to address the area of need.

"We're going to have some guys with some Ph.D.'s in education here in the city helping children," he explained.

K'Juan Doughty, who is a Boys' Latin alum and Clarion University grad, joins the program as an apprentice, which is one of the two parts of the program.

The apprentices will support middle and high school classrooms across all subject areas. In addition, they will provide additional support to students during this 2020 virtual learning adjustment.

Doughty looks to transition into a teaching role down the road and help address the gap when it comes to the lack of Black male educators in the city of Philadelphia.

"I see a lot of students I teach, a lot of them are missing some sense of guidance," said Doughty. "They don't really know what they want to do in life, because they haven't really seen anyone around them do well."

Doughty says he was inspired to try and be one of those guys to help young students become better in the community and within the world.

The Boys' Latin Teaching Fellowship will be formally announced Thursday, September 17, on the steps of Boys' Latin Charter School.