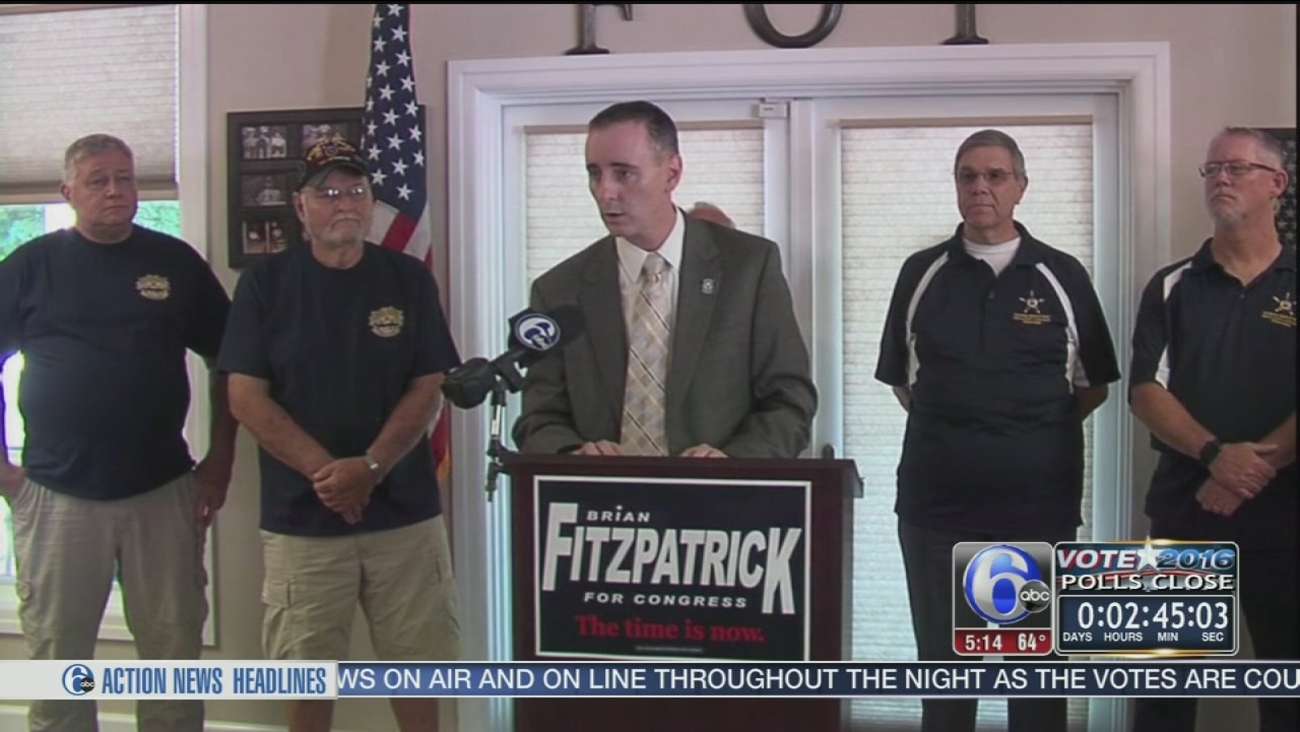 It was William Shakespeare who asked the question - what's in a name? (WPVI)

Republican Brian Fitzpatrick will succeed his brother in Congress, winning election to the U.S. House to keep a closely divided suburban Philadelphia seat in the GOP's column.

Brian Fitzpatrick declares victory in the PA race for the 8th Congressional district TO succeed his brother Mike. pic.twitter.com/XMLOl5XDer

The 42-year-old Fitzpatrick, a former FBI agent and federal prosecutor, is the brother of retiring incumbent Rep. Mike Fitzpatrick. He moved from California to run.

The win by Fitzpatrick all but kills Democrats' hope of narrowing the GOP's 13-5 advantage in Pennsylvania's U.S. House delegation. Over the last four decades, the seat has changed parties five times.