The volunteer fire company was originally suspended for 30 days back in February.
WPVI
By Corey Davis, 6abc Digital Staff and Dann Cuellar 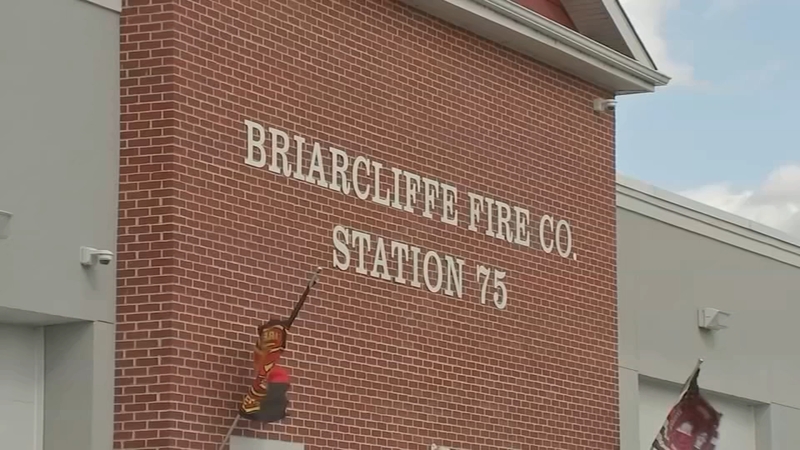 Fire company will disband after racist remarks caught on video

An attorney who is representing the Briarcliffe Fire Company told Action News Wednesday that members deny anyone in the township was "ever treated differently or discriminated against based upon their race," but due to "frenzied public perception not based in fact," the company can no longer function.

The attorney also says the township referred this matter to the district attorney who cleared the fire company by finding no crimes were committed.

The Briarcliffe Fire Company was originally suspended for 30 days back in February after a recording revealed offensive comments about Black firefighters and residents.

RELATED: Board suspends some Briarcliffe firefighters after racist remarks caught on video

The original call was to discuss the consolidation of services between the Briarcliffe, Goodwill, and Darby Township fire companies.

When county and state officials got off the call, members of the Briarcliffe Fire Company allegedly stayed on and engaged in a discussion that included racial slurs.

Some of the comments included the use of the "N" word, calling Black firefighters lazy and saying there were "too many" African Americans living in the area.

Remarks were also made about the death of Fanta Bility, the 8-year-old Black girl killed by Sharon Hill police.

While members of the Delaware Black Caucus are glad the company has disbanded, they want the alleged members who made the remarks to be exposed.

"Make sure that they don't come back in another form because we have to identify exactly who these people are," said Richard Womack, a member of Delaware County Council.

The fire company is making arrangements to return the fire trucks which belong to the township. It has also reached an agreement with Upper Darby and Delaware County Emergency Service to assist with fire and ambulance calls for the time being.

"The Briarcliffe Fire Company strongly denies that anyone in the Township was ever treated differently or discriminated against based upon their race. The Township referred this matter to the District Attorney who cleared the Fire Company by finding no crimes were committed. Unfortunately in light the frenzied public perception not based in fact, the Briarcliffe Fire Company can no longer function. Their members are volunteers who do not want to continue risking their lives if they are not appreciated. Being a volunteer firefighter is extremely time consuming that often requires full time hours. In addition to responding to fires the members must train, drill and spend time raising funds. Therefore, the members voted to disband. Their time will be better spent enjoying time with their families or filling the hours with paid employment. This valuable Township resource will now cease to exist."
Report a correction or typo
Related topics:
community & eventsdelaware countyracismcaught on videofirefighters
Copyright © 2022 WPVI-TV. All Rights Reserved.
RACISM
Buffalo shooting leaves neighborhood without a grocery store
Buffalo mass shooting highlights rise in hate crimes in US
Retired cop who confronted gunman in Buffalo shooting hailed as 'hero'
Mother, daughter describe escape from Buffalo mass shooting
TOP STORIES
Election Results: Live updates on Pennsylvania primary races
Teen dies after being hit by dirt bike in North Philly; suspect sought
18-year-old dies after being trapped under sand at Jersey Shore
Students suffer minor injuries in Chester County school bus crash
Armed suspect hid out in 81-year-old's car before carjacking: Police
Taylor Swift receives honorary degree from NYU
Philly gas station sets price at $5.24 per gallon
Show More
Pa. Primary: GOP Senate contest still too close to call
Toddler orders 31 McDonald's cheeseburgers on mom's DoorDash app
Shapiro, Mastriano win primary for Pa. governor
Ex-New York Giants CB James Bradberry reaches one-year deal with Ph...
Amber Heard finishes testifying in Johnny Depp defamation case
More TOP STORIES News