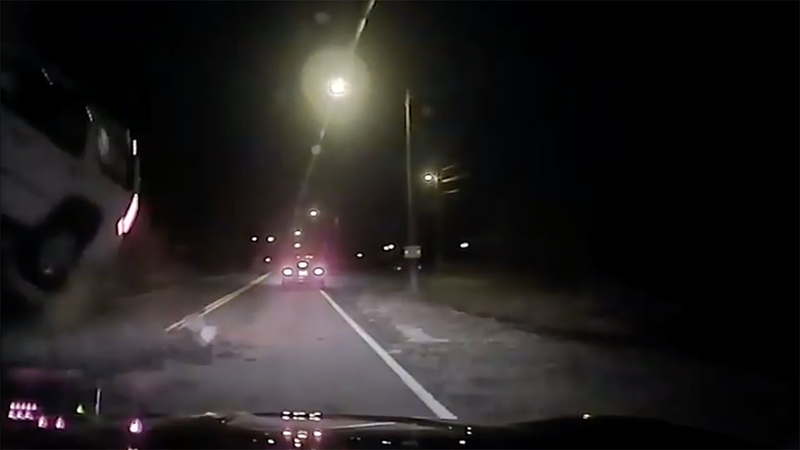 BRISTOL, Tenn. -- A Tennessee police officer escaped with only minor injuries after an SUV went airborne and landed on his police cruiser.

The accident, which was caught on camera, happened around 6:30 a.m. Wednesday in Bristol, a city on the Tennessee-Virginia border. Local officials said the officer was responding to a rock slide that had blocked Raytheon Road when he radioed in that he was involved in an accident.

Dashboard footage showed the SUV driving toward the cruiser in the oncoming lane as it hit the rocks in the roadway. It went airborne and then flew out of the frame before impact.

After he was freed from his cruiser, the officer was taken to a nearby hospital with minor injuries. The driver of the SUV refused medical transport, police said.