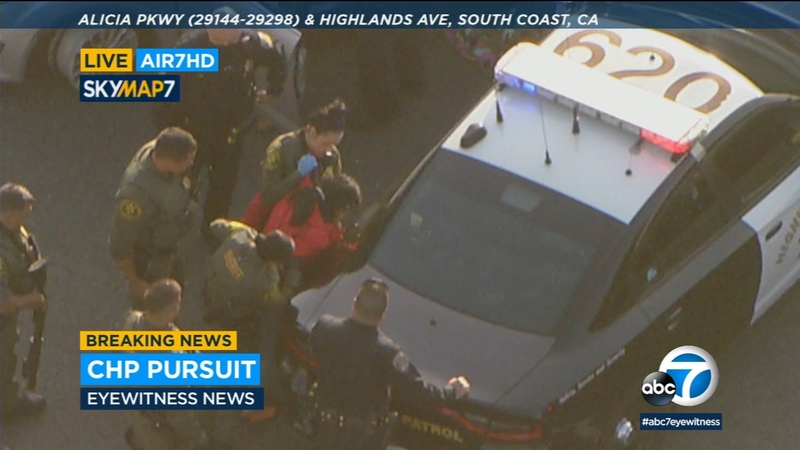 LOS ANGELES (WPVI) -- A female suspect was taken into custody after leading California Highway Patrol on a pursuit Monday morning across Los Angeles and Orange County.

The chase began around 6 a.m. PST in the Inglewood area as the suspect's vehicle quickly topped speeds of 100 mph.

At one point, the driver appeared to clip another driver on the 405 Freeway, which had light traffic during the morning rush hour.

The pursuit winded into Orange County around 6:45 a.m. PST as the suspect continued to drive erratically at high speeds.

The suspect drove over a spike strip deployed by highway patrol officers, and shortly after, the tire on the suspect's driver's side came off.

The woman continued to drive on the rim for several miles before exiting the freeway onto surface streets in the Laguna Hills area.

The driver swerved into oncoming traffic at about 7 a.m. and authorities conducted a PIT maneuver to boxed in the suspect's vehicle.