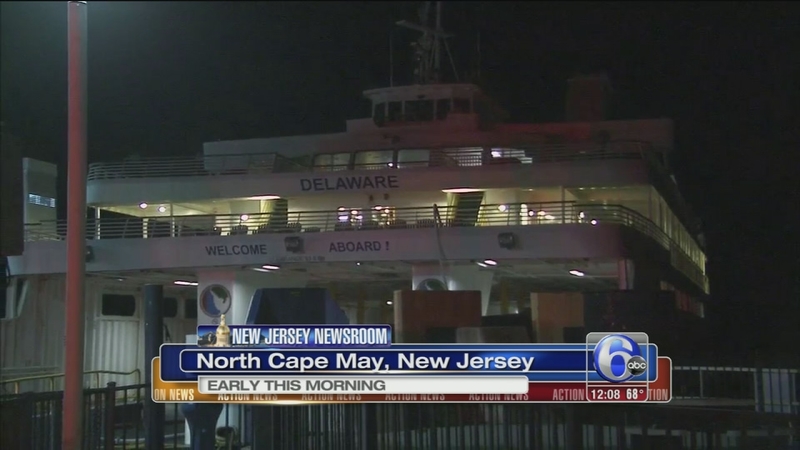 The fire was discovered at 2:20 a.m. Friday while the boat was moored at the Cape May Terminal pier in North Cape May.

Two crew members were on board at the time.

Both were able to get off safely and no passengers were on board. No one was hurt.

Coast Guard water boats, along with fire crews from Lower Township worked to contain the fire.

It was placed under control within two hours.

The Coast Guard says it appears the fire was started by an ember in the exhaust stack of one of the ferry's engines.

"The fire was similar to a home chimney fire," said Director of Ferry Operations Heath Gehrke in a statement released Friday. "Thanks to the efforts of veteran Cape May-Lewes Ferry night engineer Joe Wardach, who discovered the fire, and the local fire departments . . . the fire was quickly extinguished."