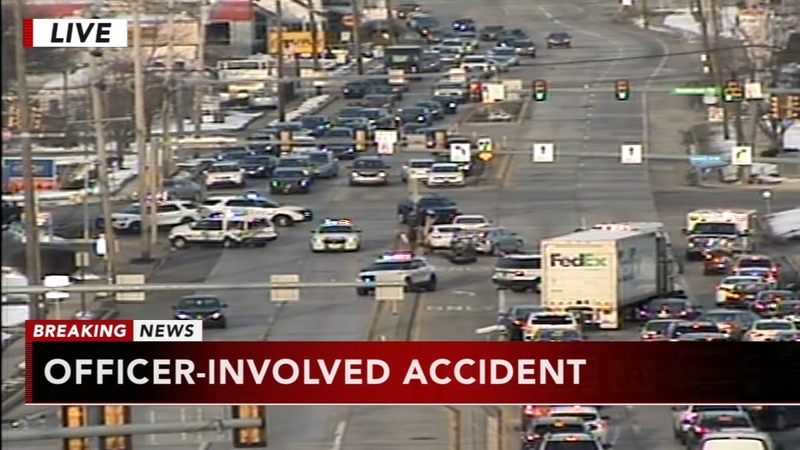 Police said a driver had a medical emergency, causing him to crash into the rear of an Upper Merion Police car that was stopped at a red light.

The impact of the collision pushed the police car into another car and over the center median. The police car crossed both lanes of Route 202 Southbound before coming to a rest.

A total of five cars were involved in the chain-reaction accident.

Two people sustained non-life threatening injuries in the accident, they were transported to Paoli Hospital.

The police officer was later taken to Einstein Hospital in East Norriton where he was evaluated, treated and released.