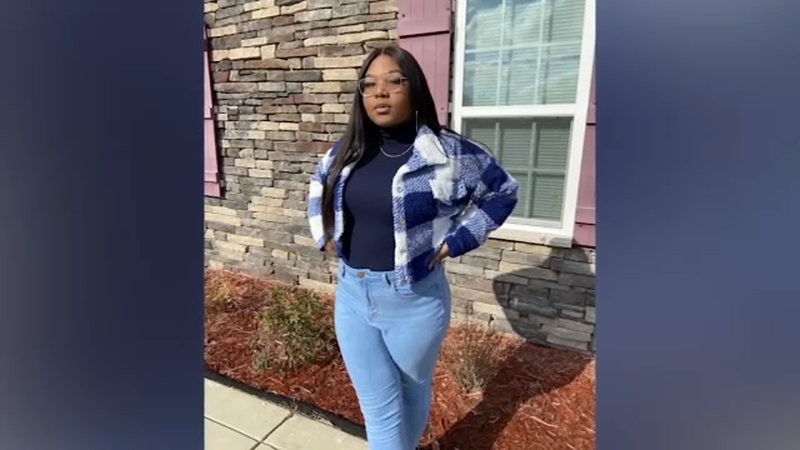 LUMBERTON, N.C. -- A North Carolina woman said her first car-buying experience was tainted because of an offensive Facebook post made by the dealership.

Trinity Bethune told our sister station WTVD that she purchased her first car at Lumberton Honda, about 30 miles south of Fayetteville, on Wednesday. She was excited to be able to do all of this with her own money.

However, that quickly changed when Bethune looked on Facebook on Thursday and saw a post on the dealership's page that read, "Congratulations to Bon Quisha on her 2016 Toyota Camry."

VIDEO: Trinity Bethune is a 21-year-old, young-professional, who works as a personal care assistant in Cumberland County.

Here's what she had to say about being called "Bon Quisha" on the Lumberton Honda dealership Facebook page after buying her very first car on Wednesday. pic.twitter.com/zWmgfakT6i

Bethune, in shock and disbelief, responded to the post.

"I'm not sure if this is a 'joke' or something but my name is definitely Trinity Bethune. I'm very offended by this post, it's almost a racial slur. If I'm not addressed by MY name then please don't address me at all," she wrote.

Bethune said the post was up for more than an hour before it was deleted. The screenshots quickly spread on social media and went viral on TikTok.

"The name 'Bon Quisha' it seems like a stereotype for someone, you know, for them to be like ghetto," Bethune told WTVD. "It's something people use towards Black people as a racial slur and as an offensive term."

The 21-year-old works as a personal care assistant. She said it's hurtful to be reduced to a stereotype.

"I feel like my character was played with. I mean, I think I carry myself in a very well manner," she said.

WTVD spoke to the dealership owner off-camera. He said that the employee who made the offensive post has been fired. They also reached out to Bethune to apologize on Thursday.

The owner, who noted he was Native American, said the action of that one individual does not represent their diverse group of employees.