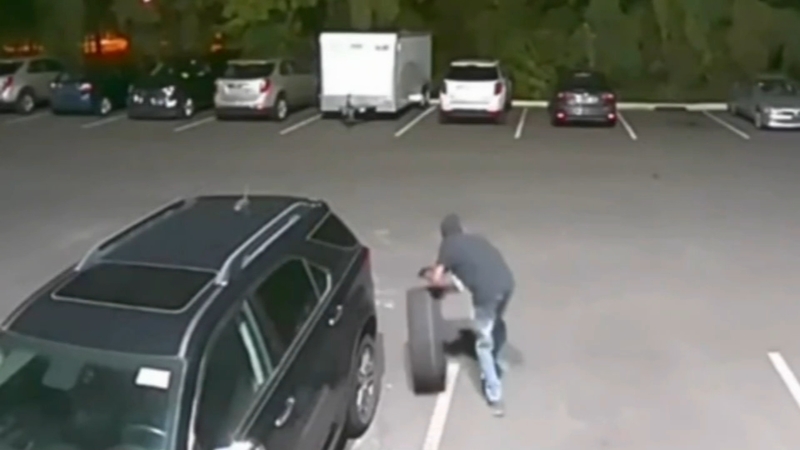 "It's a big headache, it's very annoying," said Adam Elkins, the general sales manager at Elkins Chevrolet in Marlton, N.J.

The incident happened September 7, around 10 p.m.

Elkins estimated the thieves were in the dealership lot for around an hour, where they used a motorcycle stand to jack up three cars and steal all four tires from each of the cars.

Elkins estimated the retail value to be around $12,000.

"It's a little frustrating, and very upsetting," Elkins said. "It's taking hot product off the line, and delaying them. We have to re-order new parts."

Elkins said the tires came off of 2020 Chevrolet Suburbans and a Tahoe. The windows of the cars were smashed to remove the wheel locks to get the lug nuts off.

Police said the two men caught on surveillance video got into the lot through an adjacent wooded area.

Evesham Township police have released pictures of a Honda Odyssey or Dodge Grand Caravan getting away with the 12 new tires inside.

Police said these thieves are bold to do this in a well-lit parking lot off busy Route 73.

A week before the 12 tires were stolen, police said there was an attempted burglary. They believe the same people could be responsible.

"It looks like the same group possibly hit a week before, attempted this, and it looks like they do know where some of the cameras are," said Lt. Joseph Friel, with Evesham Township Police.