Action News Investigation: Are you getting what's advertised in CBD products? 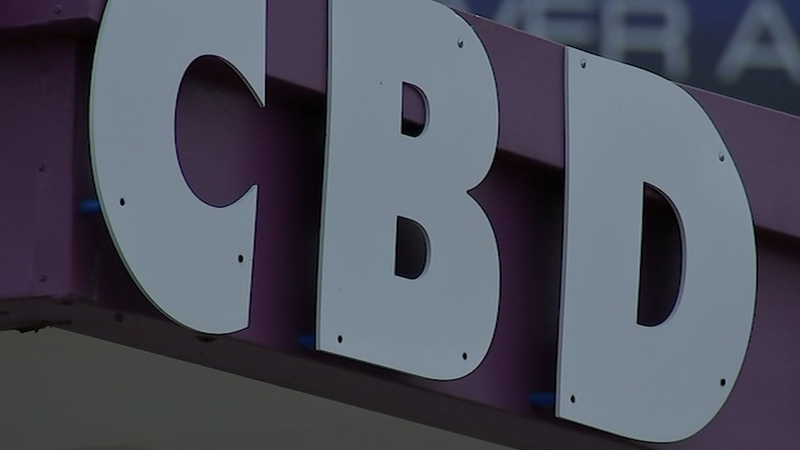 A CBD craze is underway and the products are seemingly everywhere.

CBD is short for Cannabidiol, a product derived from hemp in cannabis plants.

But an Action News investigation found you may not be getting all that CBD that's being advertised.

CBD products are not regulated by the Food and Drug Administration, so there's little oversight. The FDA has warned about certain CBD products.

CBD comes in many forms, from lotions to oils to capsules. People told Action News it helps with all sorts of ailments, including pain and anxiety.

But consumer advocate Sally Greenberg says people need to use caution when buying these products.

"It's a totally unregulated market. It's completely a wild, wild west," Greenberg said.

Dr. Kelly Greenland is on the front lines of cannabis testing for medical marijuana in the state. She says there is really no testing of CBD products on the market.

Greenland then tested for overall cannabinoids including THC, the substance that can make you high, and the less controversial CBD.

By law, hemp-derived products should contain .3 percent or less of THC. High levels of THC can make someone flunk a drug test.

Our testing found all the products fell below the .3 percent threshold, but when it came to CBD, five of the six products tested contained less than the amount advertised. One had just 5 percent less, but another had 60 percent less.

"Unfortunately, with the lack of regulations and everyone rushing to make a buck, the consumer tends to get the short end of the stick," Greenland said.

Pennsylvania doesn't allow marijuana edibles so the lab could not test the JustCBD apple slice we purchased at a local store.

The company, JustCBD, is part of a class-action lawsuit filed in August. The suit alleges some JustCBD products had actually "non-detectable quantity of CBD."

And other manufacturers are also being sued.

Greenland says there's not enough research about the true effects of CBD.

And right now, some consumers are not getting what they think they're paying for.

"I would say do your research. Find out if it is a quality manufacturer, find out where they got their hemp from if it is actually tested. And I wouldn't give it to my family right yet," Greenland said.

Consumer watchdog Greenberg says other testing has uncovered alarming ingredients in some CBD products, including pesticides, herbicides, arsenic, and lead.

Greenberg advises consumers to steer clear of these products until there's adequate testing by the FDA. But while it may be unclear what you're getting, we should point out, many people swear by the benefits of CBD, and there are products on the market that provide the CBD advertised.