CDC says schools can learn from some summer camps during pandemic 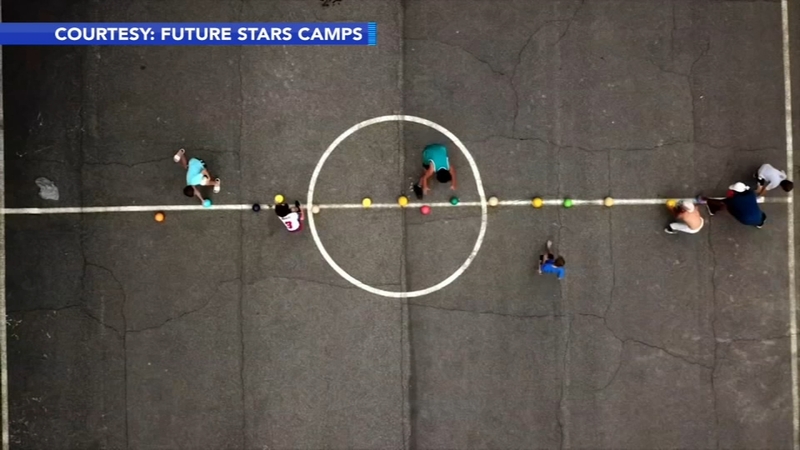 CDC says schools can learn from some summer camps during pandemic

AVALON, New Jersey (WPVI) -- As students across the country return to school, a new study from the CDC has powerful takeaways for keeping COVID-19 at bay.

They point to camps that had a successful summer amid the pandemic.

Camps say they never imagined that they would be writing the script for safely gathering children in 2020.

The CDC says schools can learn from camps that went all summer with healthy staffers and campers.

"I was getting so bored just sitting at home doing nothing, but then we started during the surf camp," said 8-year-old Luca Maffei.

He learned at Elation Surf Camps in Avalon.

It's one of the three summer camps he attended this summer.

All of them, his mom says, were successful, including Camp Creek Run in Marlton.

"Absolutely no reports of any COVID, between the counselors and the campers," said Sharon Maffei. "And there were hundreds of campers there."

Luca is an extra social only child, so the Maffeis were thrilled when camps opened up.

"It was an absolute no-brainer for me," Sharon said. "I wanted my son at summer camp, and I wanted him to be able to have fun with his friends. Having the normalcy was huge."

"It's like nothing we've ever done before," says Director Michael Rush. "This year we wanted to give them something special. We really felt coming out of quarantine was a really big task for us."

A task that only 30% percent of camps across the country even attempted, according to the American Camp Association.

"I likened it to walking on the moon in some ways because we were stepping on the ground that had never been touched before," Rush said.

So, how did they pull it off? With temperature checks, masks, social distancing and sanitizing and, most importantly, the CDC says, keeping kids and counselors in a cohort.

Future Stars grouped together 10 to 12 kids, like a family unit, for the summer.

With many heading back home for distance learning, it's an experience they say many greatly needed.

"Just seeing the level of joy that they had in being a kid was amazing," Rush says.
I also checked back in with Liberty Lake Day Camp in Burlington County. At the beginning of the summer, they made plans to host 1,000 campers.

"I felt like a million dollars on Saturday morning," Andy Pritikin, Owner, Liberty Lake Day Camp. "I felt an unbelievable sense of accomplishment. It may be the last time they're in a situation like this, that happy and that social until the first day of camp in 2021, which is unfathomable."

Liberty Lake grouped up to 20 kids in a cohort. They stayed together all summer.

"If you're a classroom, why can't you do the same thing?" Pritikin says.

"So these 20 kids assembled together in the mornings, they ate lunches together, they did all their activities together."