The shooting took place around 11:30 p.m. at Front and South streets.
WPVI
By 6abc Digital Staff 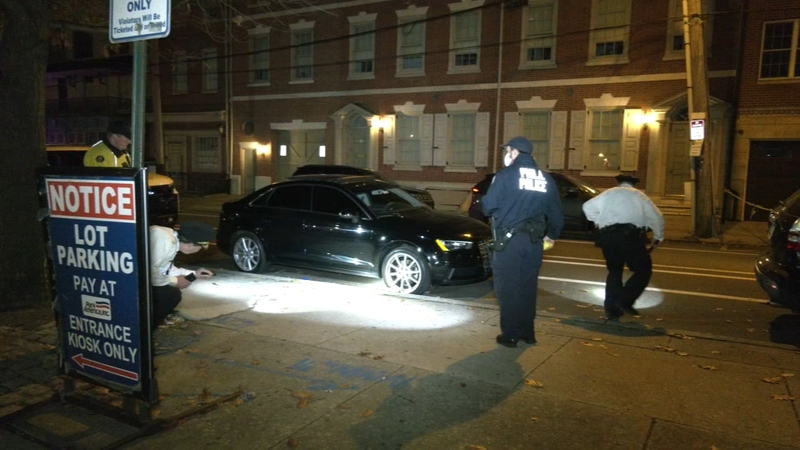 PHILADELPHIA (WPVI) -- Police are searching for three suspects wanted in connection to the shooting of a man who was out on a first date in Center City Philadelphia.

It happened around 11:30 p.m. Monday at Front and South streets.

Arriving police officers found a 32-year-old man sitting in the passenger seat of a vehicle suffering from a gunshot wound to the chest.

The victim was able to tell police that he was sitting in the car after walking the South Street area with his female date.

He said the woman was standing outside the vehicle when three masked males walked up to them.

The victim said the suspects pushed the woman out of the way and then fired two shots at him.

Police said the three suspects got into a vehicle in a nearby parking lot, possibly an Acura, and fled the scene.

There is no description of the suspects.