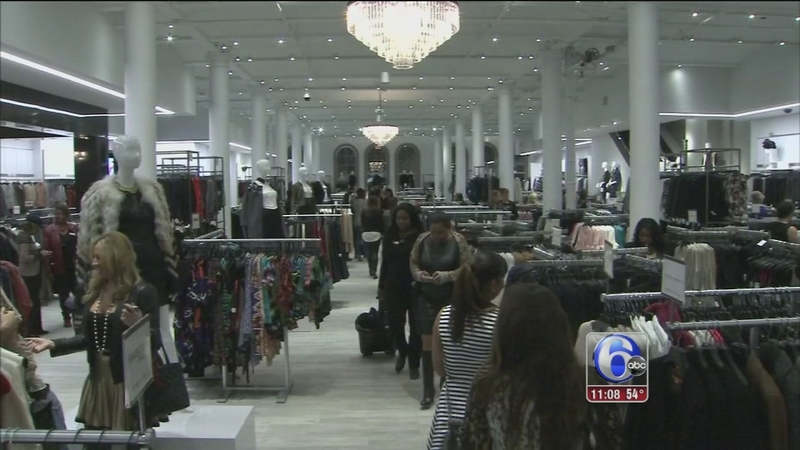 PHILADELPHIA (WPVI) -- There was a special sneak peek party on Wednesday for the new 95,000 square foot Century 21 department store at The Gallery.

Shoppers were happy with what they saw but city leaders hope the new store will be more than what meets the eye.

The store will be housed in spot where Strawbridge's once stood. The building had been vacant for eight years until now.

"National retailers, have tended in Philadelphia, to be in the suburbs and not in the city but what they are all discovering is the city is hot," said Greenberger.

This location at Market and 8th streets is Century 21's first store outside of metro New York.

"The Philadelphians are fashionable. They know brands, they are fashionistas but they want value," said Eddie Gindi, Century 21 co-owner.

The store, which features name brands at deep discounts, is now the new anchor of the urban mall - The Gallery.

"I live three blocks away so to watch it grow and evolve to what it is becoming is exciting," said Jamie Gonzalez.

It's part of the redevelopment happening on Market Street and Center City, as a Nordstrom Rack is set to open on Friday at 17th and Chestnut streets.

Officials say the store brings about 100 new jobs to the city both in construction and in retail.

The new Century 21 will officially open to the general public next Tuesday.