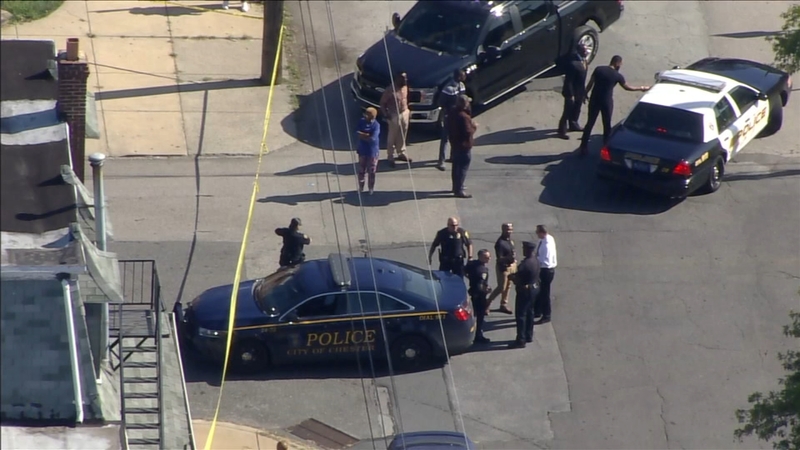 CHESTER, Pennsylvania (WPVI) -- Two teens were rushed to the hospital following a shooting near Chester High School on Thursday afternoon.

It happened just before 3 p.m. on the 200 block of West 9th Street near the school.

Police said both teens were students of the school.

"It's unfortunate that young persons have allowed demonic forces to place weapons of war in their hands," said Mayor Thaddeus Kirkland while at the scene of the shooting.

Kirkland was joined by Superintendent of Schools, Dr. Juan Baughn.

Both men were in agreement that it's going to take a community-wide effort.

"We need their help, there's no one group or entity that can stop the violence in our community, but if we pull together as one body here in the city of Chester we can combat this violence and we can reduce it dramatically," Kirkland said.

A press conference is scheduled tomorrow at 2 p.m.