Chestnut Hill neighbors in a pickle over noisy pickleball courts

Residents say the sport of pickleball is so loud it breaks the city's noise ordinance.

A popular sport is putting neighbors in the Chestnut Hill section of Philadelphia in a pickle.

PHILADELPHIA (WPVI) -- A popular sport is putting neighbors in the Chestnut Hill section of Philadelphia in a pickle.

People who live behind the Water Tower Recreation Center claim the sport of pickleball is so loud it breaks the city's noise ordinance.

Players say the courts are the only place they have to play the game.

"It's as loud as a rock concert," said neighbor Joe O'Donnell. He says he doesn't open his windows nine months out of the year.

"We want them to enforce the law. That's all. Make them stop making so much noise. That's all," he said.

"They bought near a recreation center. That's the part I don't understand. If I buy near a bar and the bar's at the corner, that's what I'm going to get," said Scratchy, who lives in the neighborhood and frequently plays on the courts.

The sport itself is a lot like tennis, except the ball is made of plastic and the paddle is typically made of wood. Every time the two connect, they make a distinct popping noise, sort of like a baseball hit.

Neighbors claim the sport is so loud, it breaks the city's noise ordinance, which qualifies excessive noise as five decibels above normal background levels.

That's typically anywhere from 60 to 80 decibels in an urban neighborhood. Action News used a decibel noise tracker, finding one game registered at 79.

"We have had some people come out and do some sound analysis and it's been 70-75 decibels, is what we've read," said Braden Keith, an avid pickleball player who's been working with the rec center on finding a solution.

One idea they had was to soundproof the fence. Another is flipping the tennis courts and pickleball courts so the game would be further away from the houses. It could cost as much as $100,000.

Keith believes it's worth it.

"This checks a lot of boxes for things we want in the city. It gets adults active, it builds community, it's cross-generational," said Keith.

In meantime, the city is getting involved. It's setting a seasonal schedule for when the courts can be used. For the summer, during the week, the courts are closed during the day for a tennis camp.

Pickleball players can use the courts between 4-8 p.m. The courts are open 9 a.m. to 5 p.m. on Saturdays and are closed on Sundays. 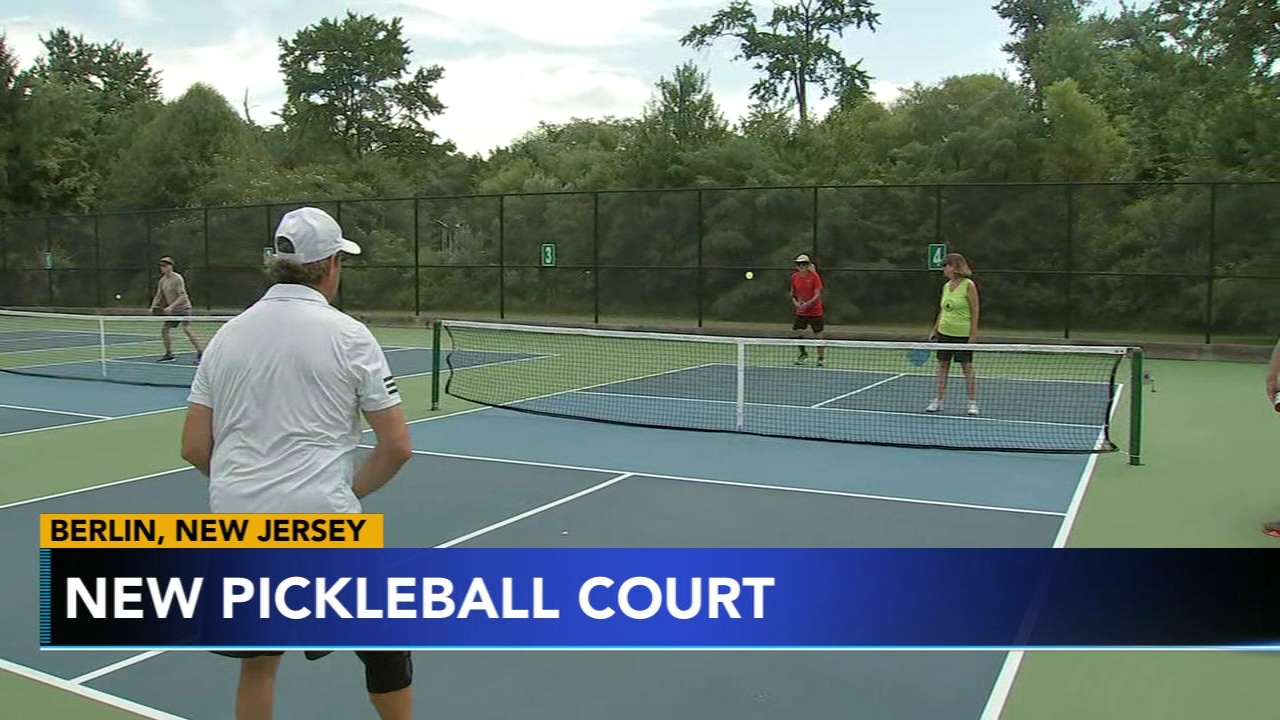