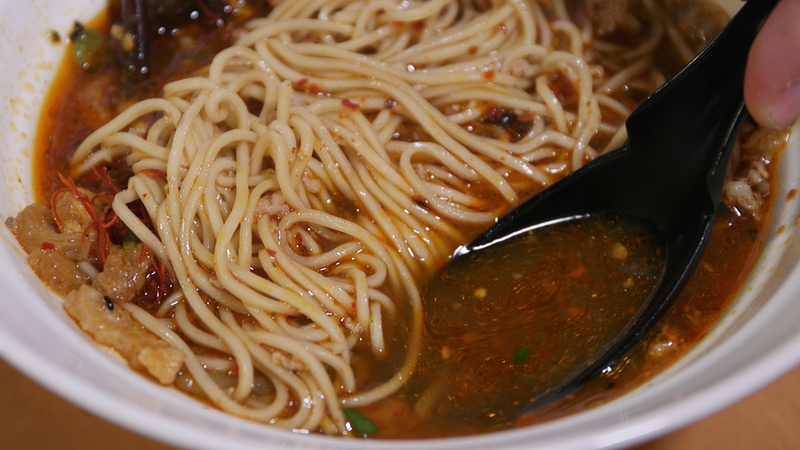 CHICAGO -- The Windy City gets cool in the winter, but Strings Ramen is heating things up.

"When they eat it they're sweating all over their head, their whole body burns, their stomach burns and their hands will begin shaking, too," Strings' Hyde Park Head Chef Ryan Cai said.

Brave eaters can choose five different levels of heat for the ramen, which also includes spicy ground pork, baby clams and crunchy pork skins. Finishing an entire bowl of the Level 5 in 20 minutes will earn diners the ramen, a T-shirt and a dessert for free, as well as a $50 gift card. Cai said at least 10 customers attempt the challenge every week.

"All customers are different. Some can only touch the spoon! After you taste it you feel it and say, 'oh water!'"

Challengers are only allowed one cup of water and must sign a waiver when attempting Level 5.

Strings has three locations in Chicago; one in Madison, Wisconsin; and one in New York City's East Village.

Customers can take home Strings' signature "hell sauce" by the jar from its Chinatown and Lakeview restaurants in Chicago.