The incident happened Saturday after 8 p.m. on the 200 block of N. Peach Street.
WPVI
By 6abc Digital Staff and Katie Katro 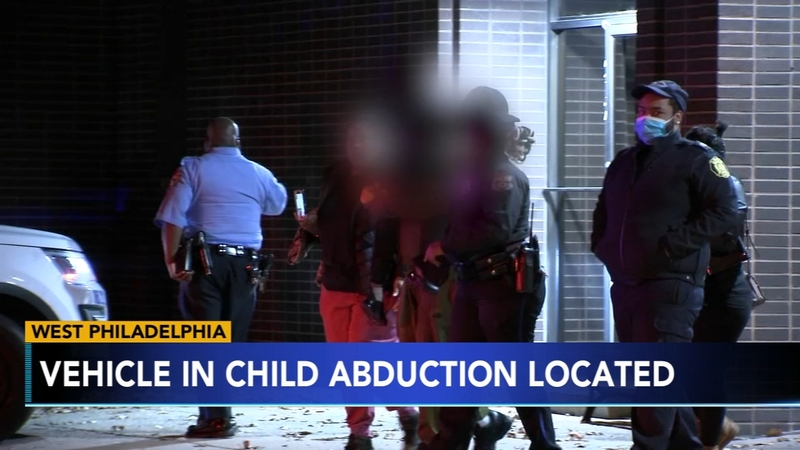 PHILADELPHIA (WPVI) -- Philadelphia police say a young boy who was abducted during a vehicle theft was found safe, but the search continues for the suspect.

The incident happened just after 8 p.m. Saturday on the 200 block of N. Peach Street in West Philadelphia.

Police say a father left his silver Jeep Cherokee running with his 2-year-old boy inside while he went into his home. That's when a male suspect jumped inside the vehicle and took off.

"He ran out saying, 'My baby! My baby!' He and my friend started chasing the car down, screaming and panicking, trying to figure out which way the car went," the child's aunt Fatima Rainey told Action News.

The child was found approximately 20 minutes later unharmed outside a firehouse on the 1500 block of Belmont Avenue in Fairmount Park.

Police are investigating a carjacking in West Philadelphia while a 2-year-old boy was inside the vehicle.

The child was checked out by medics at the fire station, according to officials. He was not taken to the hospital.

Police say the vehicle was located running and unoccupied about two miles away on the 4700 block of Merion Avenue.

"The best thing to do if you're going to leave your vehicle unattended, you have to turn the vehicle off and you also have to take any keys or fobs with you," Philadelphia Police Inspector D.F. Pace said. "And lock the car, as well. That is really the only failsafe way to make sure your car isn't inadvertently taken by some opportunist who happens to walk by."

The suspect has not been arrested.