It's located on Goddard Boulevard and can be seen from I-76 where several major highways intersect.
WPVI
By Corey Davis 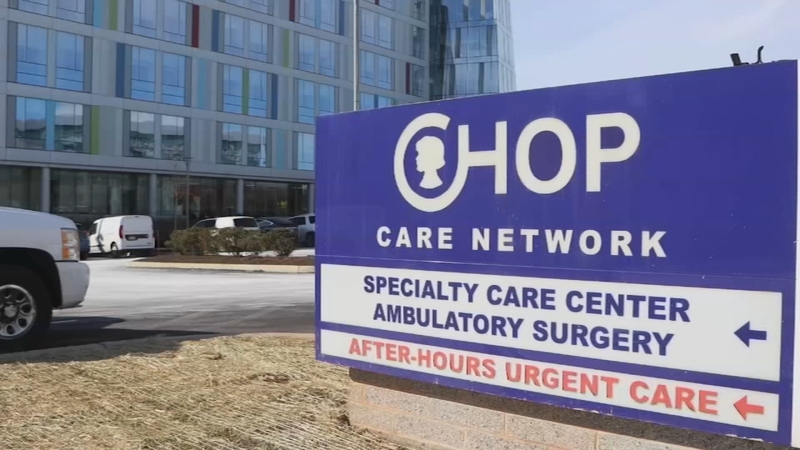 KING OF PRUSSIA, Pennsylvania (WPVI) -- Children's Hospital of Philadelphia opened a second inpatient hospital Wednesday. The new facility will serve as a hub for pediatric care.

The new hospital located in King of Prussia, Montgomery County is called The Middleman Family Pavilion at Children's Hospital of Philadelphia.

It's located on Goddard Boulevard and can be seen from I-76 where several major highways intersect.

The new 250,000 square-foot hospital, which will provide an emergency room and inpatient services for children, will be connected to the existing Specialty and Urgent Care Center.

The campus is the size of four city blocks, according to hospital officials.

Abby Lackman received life-saving surgery as an infant at Children's Hospital of Philadelphia. Now, her story has come full circle.


Planning for the new hospital started in 2017 and construction began right before the pandemic hit in 2020.
Hospital officials are expecting this to make a powerful impact on the community, the economy and also create jobs.

Many doctors and nurses will split their time between the Philadelphia campus and this new one.

CHOP was founded more than 165 years ago as the nation's first pediatric hospital. The King of Prussia location is the first time they've built a new hospital.