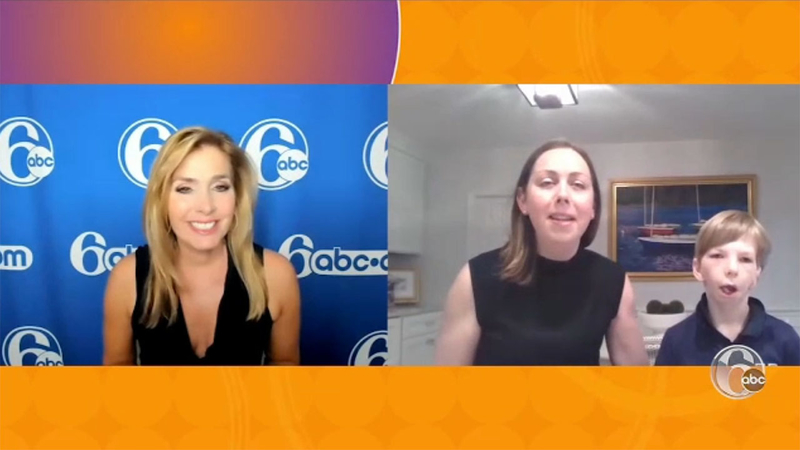 PHILADELPHIA- 8-year old Raymond Moore will be among the models in this year's CHOP: The Runway Show, raising money for kids like him. He was born with a really tiny jaw, a cranial facial difference called hemifacial microsomia, a congenital condition that was so severe in Ray's case, he was struggling to breathe.

Dr. Jesse Taylor, Chief of the Division of Plastic & Reconstructive Surgery at CHOP met Ray when he was just 2 days old and performed the first of many surgeries that Ray says, "saved my life."

CHOP's Division of Plastic and Reconstructive surgery is among the oldest and most active children's plastic surgery centers in the country, treating thousands of patients a year with cleft lip and palate and dozens of other conditions from the routine to the rare.

Dr. Taylor says when you treat things that "may not be life-threatening, but are certainly life altering, medical insurances sometimes fall a little bit short."

That's where the Runway event comes in.

It's a combination live and virtual event this year with local celebrities, hospital supporters and CHOP patients modeling the latest looks from some of Philadelphia's top boutiques and designers at The Mann Center for the Performing Arts.

Dr. Taylor says the event typically raises about $600,000 and, "100% of the money that's donated will go directly to helping kids in need."

Ray has had 10 surgeries at CHOP so far, including building a left ear for him since he was born without one. "Now I can finally wear like sunglasses and masks and stuff," Ray says. He will continue to need more surgeries as he grows.

"Hug your kids," Dr. Taylor recommends, "Think about what their hopes and dreams are, and if you want that for other kids, give to the Division of Plastic Surgery at CHOP."

The Runway at the Mann

The Runway at Home