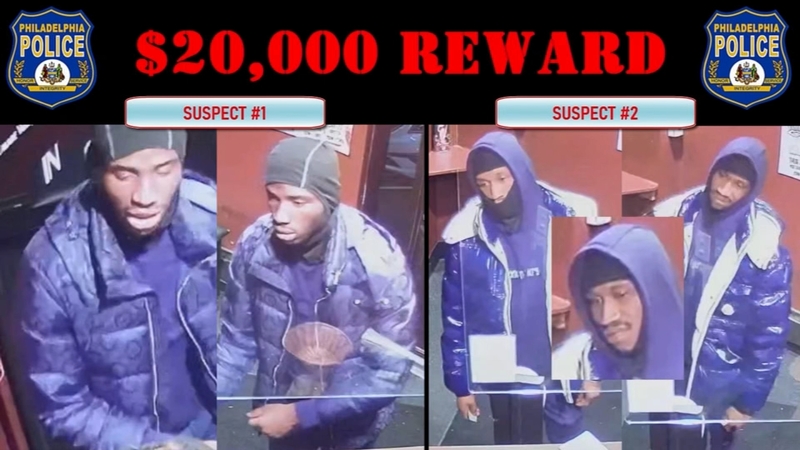 PHILADELPHIA (WPVI) -- Surveillance video was released Friday of two men wanted for a deadly double shooting outside a gentlemen's club in Philadelphia.

The shooting happened around 2:15 a.m. Tuesday in the parking lot of Club Risque on the 5900 block of Tacony Street.

Police were then notified of a second shooting victim, a 42-year-old male, who had been taken by a private car to Jefferson Frankford Hospital. He was pronounced dead a short time later.

Investigators say a group of four males, including at least one of the victims, was standing outside the club when another man passed them.

Police say the passerby got into a verbal altercation with one of the shooting victims.

Following the verbal altercation, police say the group of males jumped the other man and assaulted him.

Police say a friend of the man was a short distance away and saw what was happening.

The man's friend pulled out a gun and shot at the group of males, police say.

Police say the video shows the men at the establishment early Tuesday morning about one hour before the shooting.

A woman in the video is considered a person of interest in the case.