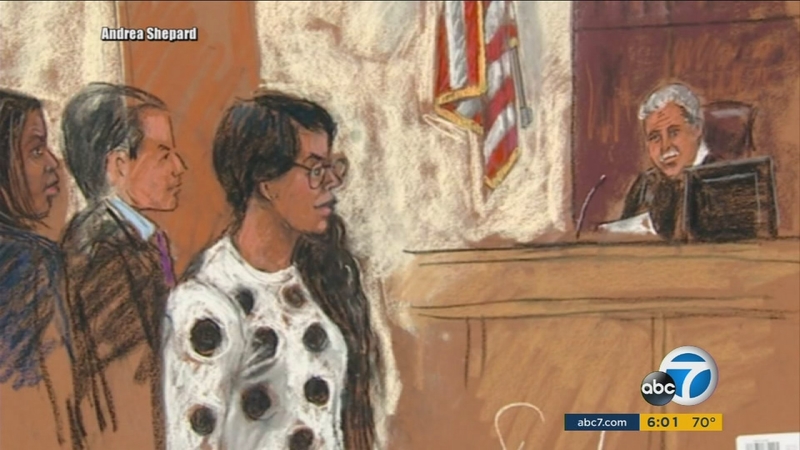 LOS ANGELES (WPVI) -- The Jet Blue flight attendant who was accused of trying to smuggle almost 70 pounds of cocaine onto a plane in Los Angeles was denied bail on Friday and ordered returned to California.

Marsha Gay Reynolds had been granted bail just 24 hours earlier by a judge in New York. But then a California judge stepped in, ordering her to be held in custody and returned to the West Coast.

Authorities say the 31-year-old former Jamaican beauty queen was off-duty on March 18, but flashed her employee badge at a security checkpoint at Los Angeles International Airport. When she was selected at random for a secondary screening, she became nervous, then kicked off her shoes and fled, leaving behind a bag that authorities later said contained cocaine.

She then boarded a flight to New York the next day for her scheduled shift as a flight attendant, before she had been identified.

Four days later, she turned herself in to federal agents in New York.

Reynolds' family has suggested she may not have known exactly what she was carrying that day.