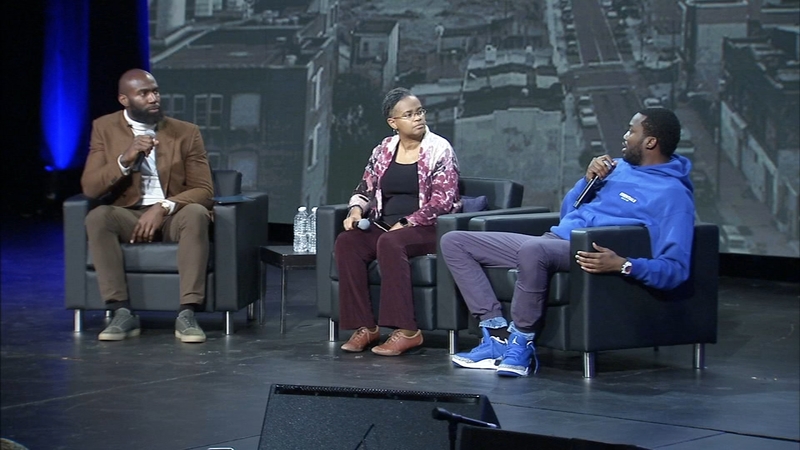 PHILADELPHIA (WPVI) -- Armed with questions, residents opened the floor for a candid conversation about Philadelphia policing on Monday night at the Community College of Philadelphia.

The town hall was led by Eagles safety Malcolm Jenkins and the Players Coalition, along with rapper Meek Mill, who was recently freed of legal limbo after a 12-year ordeal.

Both celebrity activists are making good on their commitment to address the criminal justice system and bring the microphone to the residents.

"We wanted to create a forum where we could talk about some of the issues plaguing our police department," said Jenkins.

The discussion included the firing of more than a dozen officers over the summer for apparent racist and offensive Facebook posts, the resignation of former Police Commissioner Richard Ross after two female officers filed a lawsuit, claiming the department failed to investigate continued sexual harassment.

"The forum is another community voice, it really helps us shape our question, understand what values are important and how the community perceives the department," said Brian Abernathy, the city's managing director.