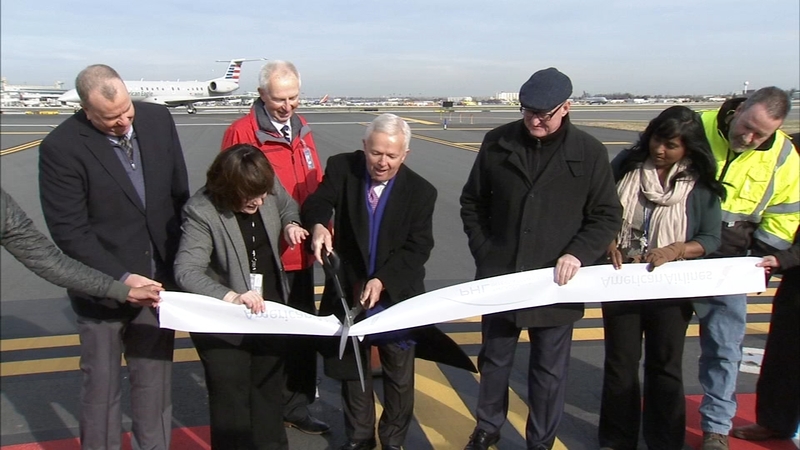 TINICUM TWP., Pa. (WPVI) -- Thursday morning a ribbon cutting at Philadelphia International Airport ushered in a new era for travel in the region.

It's the latest in a massive multi-billion dollar plan to improve P.H.L.

Airport officials say it accommodates larger planes, that generally fly more international routes, to land and take off from Philadelphia..

The $200,000,000 dollar project took five years to complete and was fraught with controversy from the very beginning.

But the homes, which are located in Tinicum Township, were later deemed safe thanks to an agreement between the township and Philadelphia city officials.

"The completion of this effort represents more than the extension of a runway and the expansion of taxi ways this project is about something bigger. Connecting Philadelphia to the rest of the world "