Some coins could be worth a lot, but beware of a letter and claim form hitting mailboxes in the Garden State.
WPVI
By Nydia Han and Heather Grubola 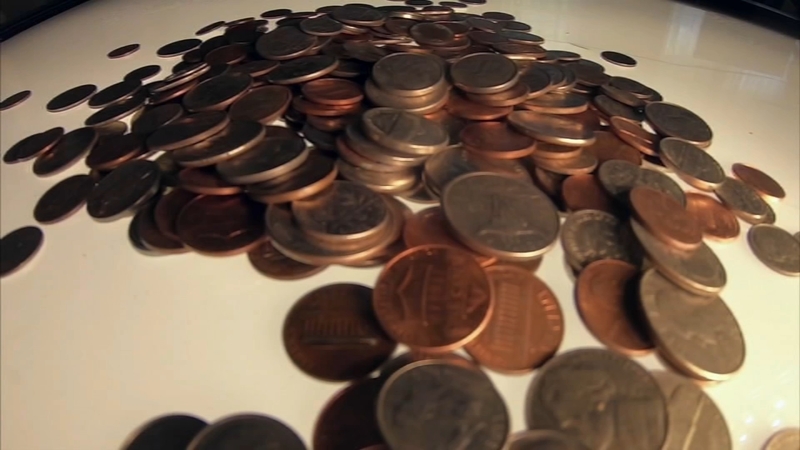 PHILADELPHIA (WPVI) -- Coin collecting can be fun and educational. If you are lucky, it can even be lucrative. But Action News Troubleshooters is issuing a buyer beware warning.

People collect coins for all kinds of reasons. Some appreciate the history and the stories they represent. Others are looking to make a little extra cash.

Some coins could be worth hundreds of thousands of dollars, but beware of a letter and claim form hitting mailboxes in the Garden State.

The letter states, "the hotline number you need to call to get your Unsearched Vault Bags loaded with nearly three pounds of valuable U.S. Gov't issued coins dating back to the 1800s."

"Too unbelievable to be true that they found bags of uncirculated coins, and they're willing to give it to New Jersey residents," said Eugene Kattack of Swedesboro, New Jersey.

Kattack sent the mailing to the Troubleshooters. He was concerned that while he did not send in any money-- others might pay the posted fee of $980 to nearly $2,000 to get the coins.

"They're asking for a sizable amount of money to get or reserve the bag," he said.

Here's what you need to know: the letter is from an Ohio company that has an "F" rating with the Better Business Bureau.

It's called 'Federated Mint,' but the company is not affiliated with the government.

U.S. Mint officials told the Troubleshooters it has "not released any 'unsearched vault bags.'"

A statement from the company, Federated Mint, said, "It began operating in 2010 as a specialist dealer" and "purchases coins from private coin dealers." It boasts "more than 75,000 satisfied customers who regularly order and receive the products they have purchased."