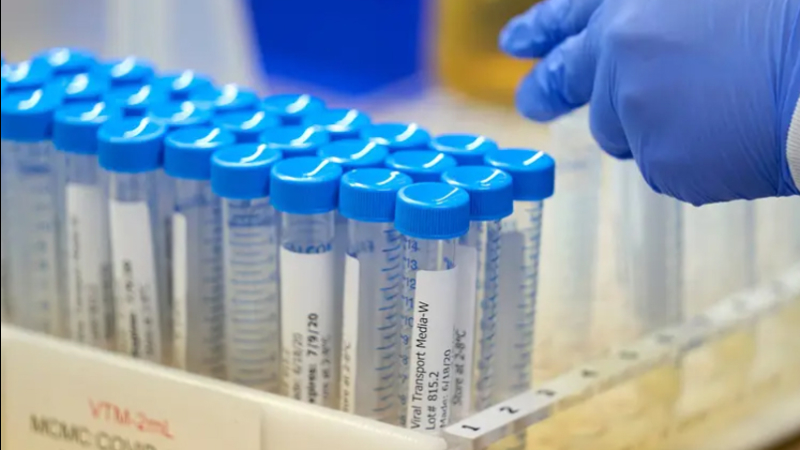 CORPUS CHRISTI, Texas -- Eighty-five children who are under the age of 1 have tested positive for COVID-19 in one Texas county, according to a local health official.

"I've been reviewing our statistics, and we currently have 85 babies under the age of one year in Nueces County that have all tested positive for COVID-19," Annette Rodriguez, director of public health for Corpus Christi Nueces County, said during the region's daily COVID-19 update Friday.

"These babies have not even had their first birthday yet," she continued. "Please help us stop the spread of this disease."

Rodriguez did not provide additional information on the children's conditions or specify when the cases were confirmed.

Many questions remain regarding the infection rates among American children.

The CDC says 175,374 cases have been confirmed in kids aged 17 and under as of Friday, accounting for roughly 6% of all confirmed cases. The number of kids who have been infected but not confirmed is almost certainly far higher than that though, experts say, because those with mild or no symptoms are less likely to get tested.

In a related story, a 2-month-old baby tested positive for COVID-19 after being badly congested and running a fever. Press play to learn more about her story.

Nueces County, which hugs the Gulf coast and includes Corpus Christi, has one of the fastest-growing outbreaks in the state, adding well over 2,000 new cases for each of the past two weeks.

As The Texas Tribune previously reported, Nueces County Medical Examiner Adel Shaker said last week that a baby boy, less than 6 months old, had tested positive for COVID-19 and died. Approximately 362,000 live in the county, according to the U.S. Census Bureau.

Texas reported a new daily record for virus deaths Friday and more than 10,000 confirmed cases for the fourth consecutive day.