'He shouldn't have been driving': Philadelphia man charged in crash that injured 4 teens 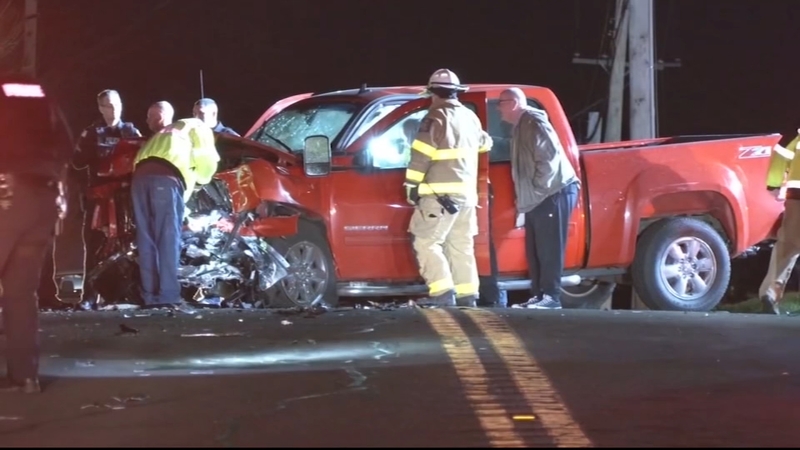 'He shouldn't have been driving': Philly man critically injures four teens in crash

NORTHAMPTON TOWNSHIP, Pennsylvania (WPVI) -- A Philadelphia man from Ireland is facing felony charges after police say he caused a crash that sent four teen girls to the hospital.

The Bucks County District Attorney says 24-year-old Shane Brolly recklessly endangered lives when he got behind the wheel and later admitted to being intoxicated.

"I think it took police three minutes to get there. It felt like a lifetime before they showed up," said Emily Lohin, who ran to help when she heard the crash Saturday night.

Police say around 10:15 p.m., Brolly was driving a truck on the 300 block of Bridgeton Pike and tried to pass a car. While doing so, he crashed head-on into the car carrying the four teenage girls, and was then hit by the car he tried to pass.

She saw a white car flipped on its side and on fire. Inside, four 17-year-old girls were trapped.

Bucks County District Attorney Matt Weintraub says Brolly is from Ireland and was in the United States on an expired work visa.

"He has a UK driver's license so he is not properly licensed in the state of Pennsylvania. He shouldn't have been driving at all," said Weintraub.

Brolly was arraigned in his hospital bed facing felony charges, "because of the sheer recklessness, the malice, he demonstrated passing on the left-hand side at a high rate of speed, endangering everyone around him," said Weintraub.

The four girls all have serious injuries, some life-threatening, and are being treated in hospitals. A passenger from Brolly's car was also critically hurt.

Lohin, who didn't know the girls before, is now rallying the community to help the families. She's raised more than $50,000.

"I would want somebody to help my kids if they were in trouble. it's just the right thing to do," she said.