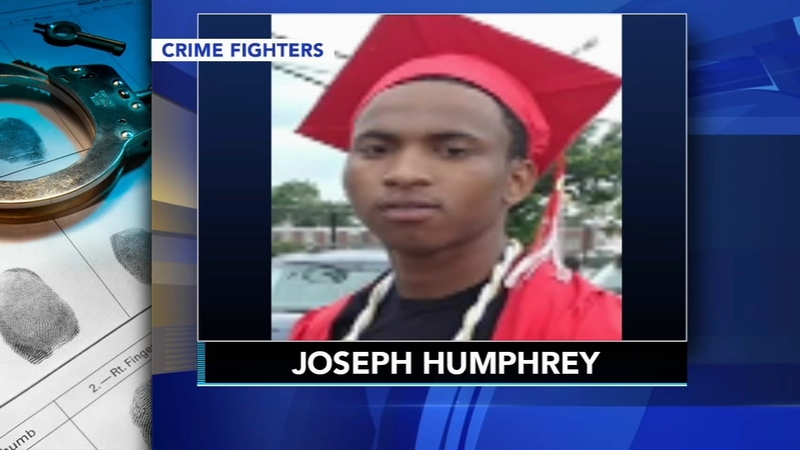 PHILADELPHIA (WPVI) -- A quick trip to the corner store turned deadly for one young man.

"When I say spoiled, he was spoiled, from everyone," said Juanita Sumpter, the victim's mother. "He was a very loving young man."

Sumpter says her son, 20-year-old Joseph Humphrey, was on the right path in life.

"A lot of parents cover for their son, but my son never sold drugs, he never been locked up," said Sumpter.

On Tuesday, April 28, Sumpter sent Humphrey to run an errand.

"I send my son to the corner store for me," she added.

Sumpter says just before 6 p.m. a friend, burst into her house saying Humphrey had been shot.

He had collapsed near their home along the 4700 hundred block of North 3rd Street in Philadelphia's Feltonville section.

Sumpter says she grabbed her keys, got Humphrey in her car, and starting driving to the hospital.

But the police, who were responding to her son's shooting, stopped her at 5th and Wyoming Streets.

"I wouldn't stop, they had to block me off to stop me because I'm trying to get him to the hospital," she said.

When they finally did make it to the hospital, it was too late, Humphrey was pronounced dead. Sumpter said there was a fight on their block earlier that day.

"I just feel like the city is a mess and out of control," said Sumpter. "Everyone loved Joseph, and it's still unbelievable for a lot of people."

The City of Philadelphia is offering up to $20,000 for the arrest and conviction of the person responsible.

All you have to do is call the Citizens Crime Commission at 215-546-TIPS. All calls will remain anonymous.
Report a correction or typo
Related topics:
philadelphiacrime fighterscrimegun violence
Copyright © 2021 WPVI-TV. All Rights Reserved.
More Videos
From CNN Newsource affiliates
TOP STORIES